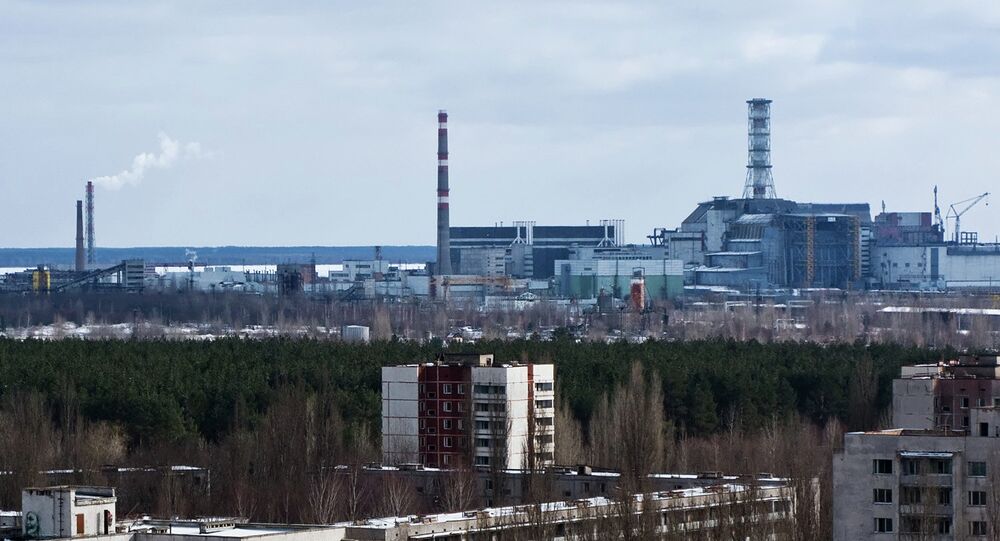 Ukrainian President Petro Poroshenko promised to complete the stalled construction of a protective cover over the Chernobyl nuclear reactor.

“Under the present complicated circumstances we have to take care of those who suffered, to ensure safety at the site and complete construction of a new secure cover over the melted reactor,” Poroshenko was quoted as saying by the press service while paying tribute to the liquidators of the nuclear disaster.

The president added that finishing the protective case was Ukraine’s obligation before those who died or suffered in the Chernobyl cleanup.

© RIA Novosti
Japan's Kagoshima Approves First Nuclear Restart Since Fukushima Disaster
Earlier, it was reported that due to the lack of funds the construction of a protective Chernobyl case had been stalled and scheduled to finish in 2017 instead of initially planned 2015.

In December, the European Bank for Reconstruction and Development (EBRD) decided to allocate an additional 350 million euros ($436 million) to complete the stalled construction of the Chernobyl New Safe Confinement. Overall, the project of building a protective cover needs 615 million euros for its completion. The EBRD says that the G7 countries will play a key part in fund-raising efforts by organizing a donor event in spring 2015.

After a major nuclear disaster at the Chernobyl nuclear power plant in 1986, a sarcophagus over the melted unit was constructed. However, the cover has dilapidated as it was designed only as a temporary measure.

Founder of Greater Chernobyl Cause to Receive Order of Friendship: Reports