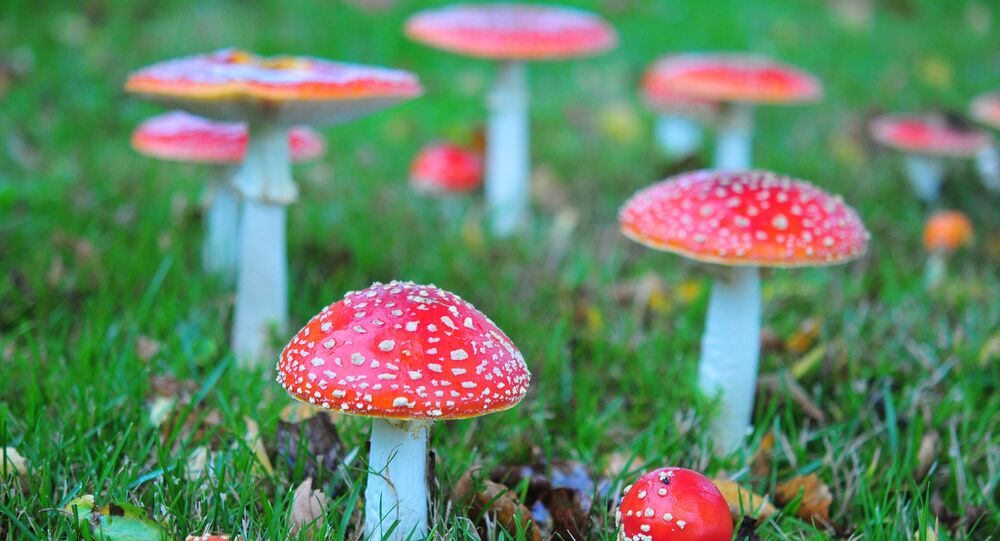 Psychoactive “fly agaric” mushrooms have been found growing in the private gardens of Buckingham Palace.

MOSCOW, December 13 (Sputnik) – A psychoactive basidiomycete fungus, more commonly known as fly agaric, has been discovered growing in the private gardens of Buckingham Palace, The Independent reported on Saturday.

The discovery was made by English gardener and broadcaster Alan Titchmarsh and ecology expert Professor Mick Crawley while filming The Queen’s Garden, a TV show, in the royal gardens for the television network ITV.

The mushrooms are likely to have grown on the land without being specifically cultivated.

When asked if the mushrooms are edible, Professor Mick Crawley responded: “That depends what you mean. It’s eaten in some cultures for its hallucinogenic effects. But it also makes people who eat it very sick.”

“The old-fashioned thing to do was feed it to the village idiot, then drink his urine because you get all the high without any of the sickness,” he added.

The show is set to be aired on Christmas Day, which has also been affected by legends surrounding the hallucinogen. According to the website Askmen.com, Laplanders would drink the pee of reindeer that had ingested the mushrooms. “Under the hallucinogenic effects of reindeer piss, the Sami thought their reindeer were flying through space, looking down on the world. When the first missionaries reached Lapland, they heard stories of flying reindeer and integrated them in the existing Christmas folklore of Western cultures”, the website explains.

Although fly agaric mushrooms are generally considered poisonous, reports of human deaths resulting from eating the mushroom are extremely rare.

It provides food for flies and a breeding site for beetles, and was supposedly also used as an intoxicant and entheogen by the peoples of Siberia.