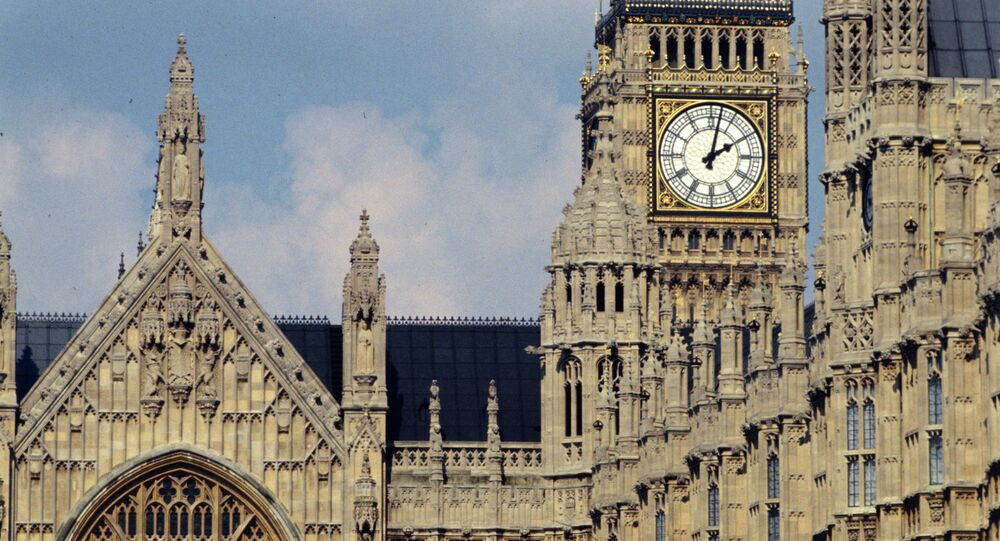 Following the release of the 500-page report on the CIA torture program after 9/11, the UK government has been under increased pressure to conduct a transparent inquiry into Britain's involvement.

© REUTERS / Larry Downing
UK Spy Chiefs Tried to Hide Involvement in CIA Torture Before Report Release
MOSCOW, December 12 (Sputnik), Anastasia Levchenko – The UK parliamentary Intelligence and Security Committee (ISC) is investigating the issue of an alleged request by British intelligence agencies to delete references to the United Kingdom from the recent CIA torture report, a member of parliament who sits on the ISC told Sputnik Friday.

Earlier in the day, the Guardian reported, citing the prime minister's deputy official spokesman, that there had been UK-US discussion on the report by the US Senate Intelligence Committee prior to its publication to remove any suggestion that Britain was complicit in US torture practices.

"We are examining carefully what our counterparts on the Senate Standing Committee on Intelligence have said. We have already questioned MI6 [Secret Intelligence Service that collects Britain's foreign intelligence] about any redactions they requested to the report and we will be inspecting the primary material relating to such requests – but redactions can only be requested if publishing the information would harm national security," Hazel Blears, Labour member of parliament for Salford and Eccles told Sputnik.

© Flickr / ashabot
British Intelligence Agencies Come Under Scrutiny After CIA Report Released
Following the release of the 500-page summary of the report on the Central Intelligence Agency's torture program after 9/11, the UK government has been under increased pressure to conduct a transparent inquiry into Britain's involvement.

"While there have been calls for a judicial inquiry, I am certain that with our new powers and given the scrutiny required of our security agencies, the ISC is best placed to get to the bottom of these serious matters. We will go where the evidence takes us and will leave no stone unturned," Blears emphasized.

However, according to The Guardian, members of all three main parties of the UK parliament claimed the ISC is not transparent enough, as ISC report results are given to the Prime Minister's office for approval before publication. Therefore, UK government representatives have claimed a more honest public inquiry is required.

© Sputnik /
Global Markets Drop on OPEC Forecast, Greek Concerns
On Tuesday, the US Senate Intelligence Committee released a summary of the detailed investigation into the CIA interrogation techniques that were used following the 9/11 attacks on alleged al-Qaeda agents.

The comprehensive report was commissioned by the Intelligence Committee in 2009 and contains a 6,300-page description of CIA interrogation techniques used against detainees, including waterboarding, threats of sexual assault, forced nudity, prolonged sleep deprivation, use of stress positions, mock executions, threats against children and family, use of power drills and many other torture practices carried out in CIA detention centers around the world.

The summary contains information indicating that a number of the European Union members, including Poland, Romania, Lithuania, Sweden, the United Kingdom, Italy and Germany, cooperated with the CIA in their torture program and provided logistical support.