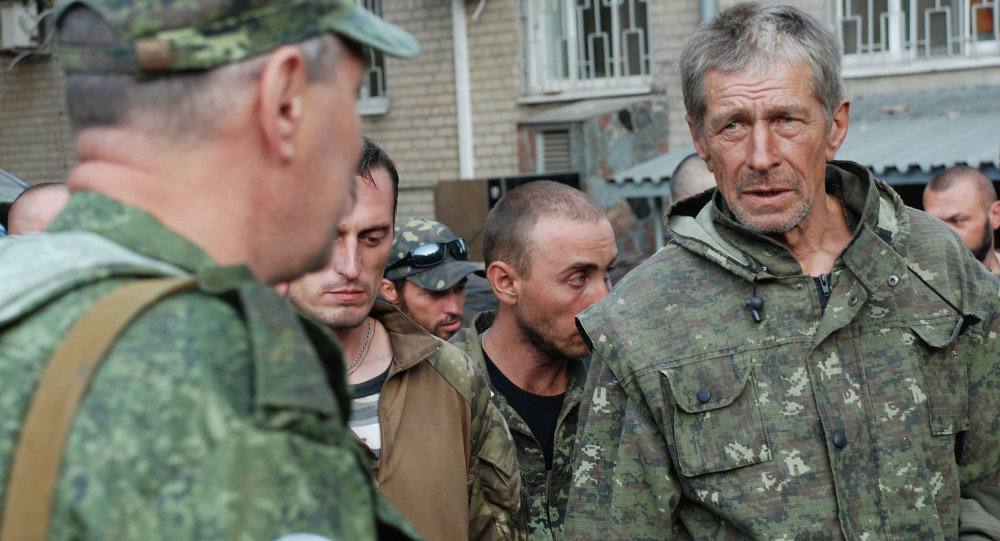 Kiev Plans to Complete Prisoner Exchange With East by End of Year: Official

By the end of 2014, Kiev may exchange about 500 independence supporters for 684 servicemen in a prisoner swap with the self-proclaimed republics of Donetsk and Luhansk.

“The president [of Ukraine, Petro Poroshenko,] has given us the task to [release the prisoners] by December 25, or before the end of this year,” Vasyl Vovk said.

“I think that we’ll release a major amount of people this year,” he added.

"Today, I was in contact with the Donetsk and Luhansk separatists, who are in charge of these issues, so that charges are confirmed in Minsk and that they release our people, whose number we believe to be 684," Vovk said.

“They gave us separate lists. We systemized them and there are about 500 people,” Vovk said.

A prisoner exchange under the all-for-all scheme was one of the agreements reached by Kiev authorities and independence supporters during the meeting of the Contact Group on Ukrainian crisis reconciliation in Minsk.

Since then, Ukrainian security forces and militia in the republics of Donetsk and Luhansk have conducted several prisoner swaps.