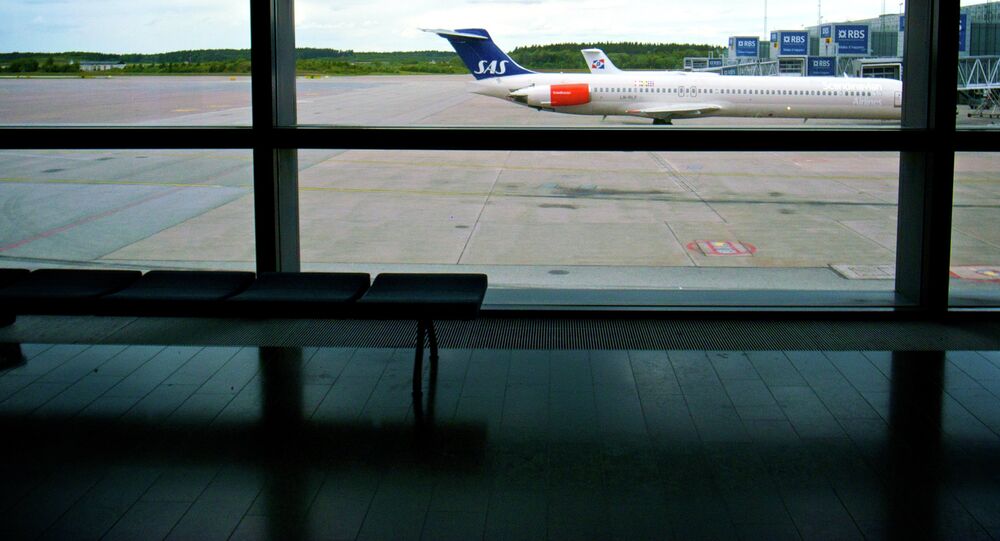 Passengers were evacuated after a bomb threat to a plane caused police to close off part of one of the terminals.

MOSCOW, December 9 (Sputnik) – Part of Stockholm’s international airport was closed off by police due to a bomb threat on Tuesday, AFP reports.

"We received the threat at approximately 8:50 this morning and took immediate measures,” Stockholm police spokesperson Lars Byström told Swedish daily The Local, “It's not the first time we've received this kind of threat but it is not very common.”

An airport spokesman told reporters that parts of Terminal 5 were closed to travelers as a result of a suspicious piece of luggage.

According to a passenger aboard the flight, the pilot informed them over the plane’s PA system that a bomb threat against the plane has been circulated and asked passengers to return to the gate, The Local reported.

Passengers in the plane and terminal were moved to other sections of the terminal, while new passengers were no longer allowed to check in. According to AFP, the bomb threat caused slight delays in the airport’s flight schedule.

The plane is avacuated now. So are parts of Stockholm airport Terminal 5. pic.twitter.com/f4eKHRa53d

The airport bomb threat follows a series of bomb threats made against Swedish courts over the past two weeks.