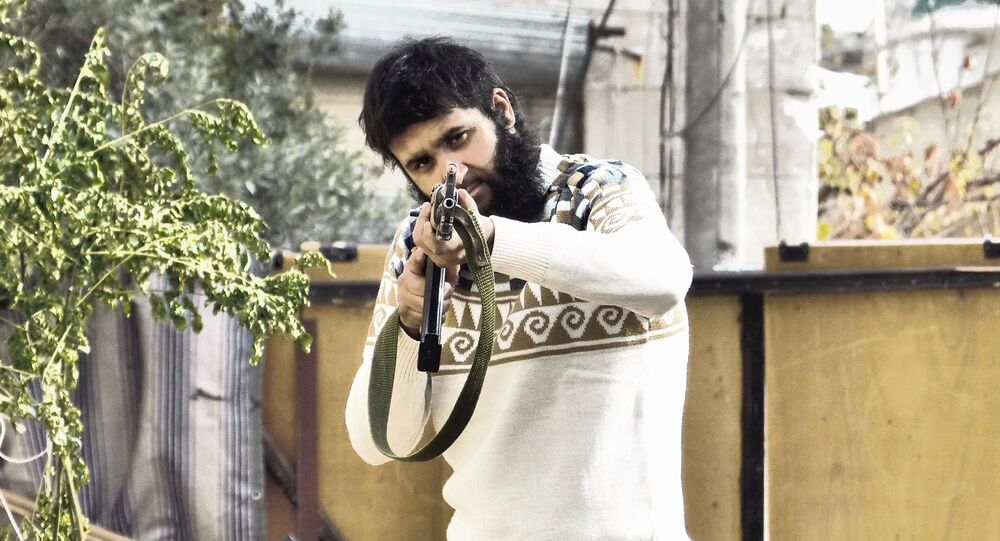 A leading counter terrorism expert told Sputnik UK in an exclusive interview that the 12 year jail sentence handed to a man in Britain whose mother informed police after he travelled to Syria, could lead to the radicalisation of more Muslims.

Hamed El-Said, Professor in International Business and Political Economy at Manchester Metropolitan University, says the judge made a “Big mistake”.

“Basically it’s a form of deceit, a form of literally entrapping individuals to give information about people who are trying to come back from Syria, or even trying to go there. Instead of doing what you promised to do if they give you information, you’re letting them down”.

Professor Hamed El-Said Muslim is attending an international conference on countering violent extremism in Abu Dhabi. He says Muslim communities throughout the world will have heard about the decision by a British judge to imprison a man whose mother informed police about his whereabouts. This decision, according to El-Said, will take a long time for the Muslim community to recover from:

“It will undermine societal community a great deal and will even further radicalise individuals. It will just give them the message that officials are not really genuine about this, not really interested in helping individuals return, they just have their own priority which is completely different.

“I’m afraid it was a big mistake and now this is in the public eye, almost every Muslim in the UK and Europe knows about this; I think it will take a while to recover from this incident alone”.

22 year old Yusuf Sarwar from Birmingham was persuaded by Mohammed Ahmed to leave the UK for Syria last May. The pair flew to Turkey and then travelled on to Syria. Yusuf left a note behind for his mother saying that he’d gone to help “the oppressed and to fight the enemies of Allah there”. His mother, Majida Sarwar, subsequently showed the letter to the West Midlands Police Department and was told she would receive help to get her son home.

But when the two men landed in Heathrow earlier this year, they were arrested and subsequently pleaded guilty to engaging in conduct in preparation of terrorism acts contrary to Section 5 of the Terrorism Act. The Judge at Woolwich Crown Court praised Mrs. Sarwar for her “extraordinarily brave conduct.” – but still sentenced both her son and his friend to 12 years and eight months in prison.

Following the ruling, Majida Sarwar told reporters she felt let down. “The police say mothers come forward, you can trust us, we will help. But now they will see what happened to my son, what kind of person would go to the police if they think their son will get 12 years in prison? Nobody wants to do that. I did not want that”.

Earlier this year in April, British counter-terrorism police appealed to Muslim women to persuade their relatives not to go to Syria to fight. At the time, the Prime Minister David Cameron said: “We are very concerned as a government and as a country about the threat of terrorism coming out of Syria. And so what we are trying to do is prevent people from travelling there”. Events to highlight the campaign took place in London, Manchester and Birmingham.

The family of Yusuf Sarwar intend to appeal the sentence.