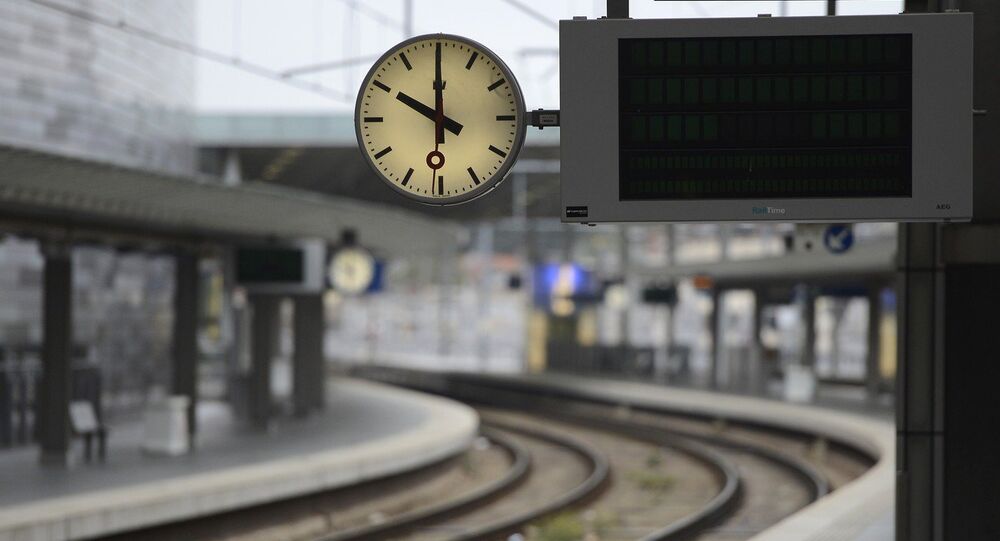 Some 267 flights that had been scheduled to depart from Brussels’s international airport have been cancelled and the operation of all buses, trams and underground trains has been suspended as the capital goes on strike against austerity measures which have been introduced by the country’s new government.

© REUTERS / Johannes Eisele/Files
Lufthansa Cancels More Than 1.3 Thousand Flights Over Pilot Strike
MOSCOW, December 8 (Sputnik) – Belgium’s public transport system has been paralyzed on Monday as the capital, Brussels, goes on strike against austerity measures that have been proposed by the county’s new government, according to AFP reports.

All underground trains, buses and trams were halted in the city. High-speed trains linking Brussels with cities in France, the Netherlands and Germany have also been suspended, the agency quotes officials as saying.

The Eurostar train link from Brussels to London has been halted, although service was available between the British capital and the northern French city of Lille, near the border with Belgium.

© Wikipedia / Raboe001
Alitalia Baggage Loaders on Strike at Rome’s Fiumicino Airport: Reports
Airplane baggage handlers have joined the strike, leading to the cancellation of 44 percent of all departing flights (267) from the city’s international airport, AFP quotes a spokesman at the airport as saying.

The strike has also affected industrial zones, disrupting the work of schools and public services. It was instigated by Belgian unions, which oppose the decision of Prime Minister Charles Michel’s coalition government to scrap plans for a cost-of-living raise next year; the ruling coalition also plans to raise the retirement age to 67.

According to Eurostat, Belgium’s minimum wage remains one of the highest in Europe, at approximately 1,500 euros per month.

It is the latest in a weekly series of disturbances and is set to culminate in a nationwide general strike on December 15.

The movement began last month with a 100,000-person march through Brussels which ended up in clashes and left 112 police officers injured.