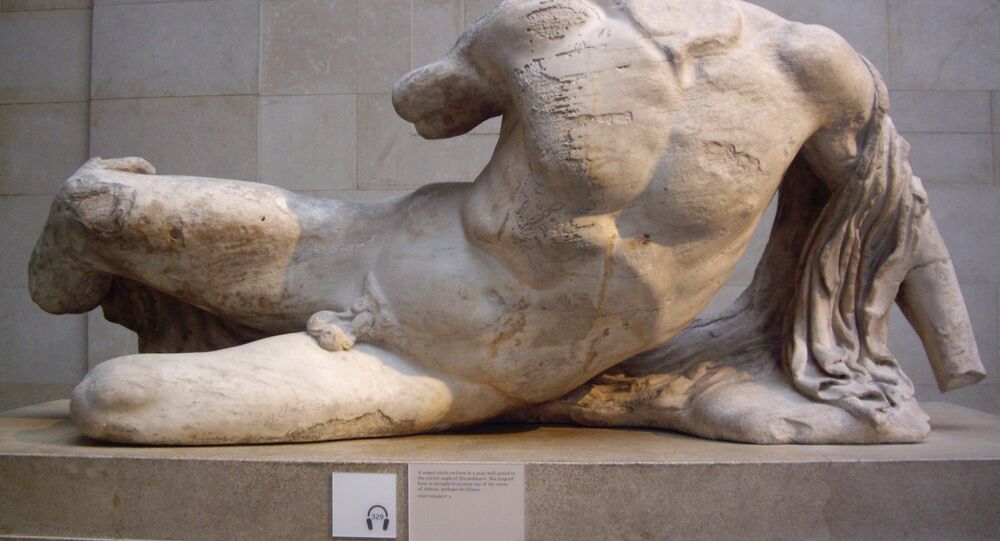 Yet another geopolitical battle appeared to erupt between the East and West, this time over ancient marbles. Greece reacted with fury over the British Museum loan of one of the most disputed Parthenon sculptures to Russia's State Hermitage Museum. Sanctions on art, anyone?

An unexpected move on the part of the British Museum to send one of the Elgin marbles, a collection of Classical Greek sculptures and architectural pieces that originally were part of the temple of Parthenon and other buildings in the Acropolis of Athens, put an end to one of the ongoing arguments between Greece and the museum over immovable ancient antiquities. The Greek government has been demanding the return of the entire collection ever since the country broke away from the rule of the Ottoman Empire

It’s All Greek To Them

Prime Minister of Greece Antonis Samaris expressed his outrage on Friday, a day before the sculpture was to be presented at the State Hermitage Museum, which this year is celebrating its 250th anniversary.

“The last British dogma about immovability has ceased to exist,” said Samaris in a statement on Friday. “The Parthenon and its sculptures were the object of pillage. We Greeks are identified with our history and culture which cannot be torn apart, loaned and ceded.”

While Greeks are concerned over their marbles returning home, the rest of the world is questioning the British Museum authority and their surprise loan. Activists and political officials are calling the move provocative, rude, and arrogant.

An article in the New York Times from December 5th displays a photograph of children in the museum reading a description of the loaned sculpture of the Greek God Ilissos. The photograph captioned “Children could only read about the statue of Ilissos on Friday at its temporarily empty spot in the British Museum in London” almost implies that not only had the British Museum loaned the statue to the evil Russians, they deprived those poor children from experiencing the piece.

Neil MacGregor, director of the British Museum has spoken out for cultural diplomacy between two countries, adding that the Greek government should be proud that the Parthenon sculpture is on display where such a large number of people will be able to view it.

“I hope that they will be very pleased that a huge new public can engage with the great achievements of ancient Greece. People who will never be able to come to Athens or London will now, here in Russia, understand something of those great achievements in Greek civilization,” MacGregor said in an interview with BBC Radio 4.

In the meantime George Clooney, and his new wife Amal, a prominent lawyer, have been campaigning to bring the piece back to its historical place of origin. Greek officials have hired a top London law firm where Amal Clooney officially works, to legally bring back the historical heritage back to Greece. There’s doubt, however, that the legal clout of Mrs Clooney will be of any help, as the marbles were legitimately purchased by the then British Ambassador to the Ottoman Emperor Lord Elgin with the blessing (and royal decree) from the Emperor himself, in 1801.

But for now at least, while Greece and Britain fight it out, the Marbles will be on display at the Hermitage Museum.