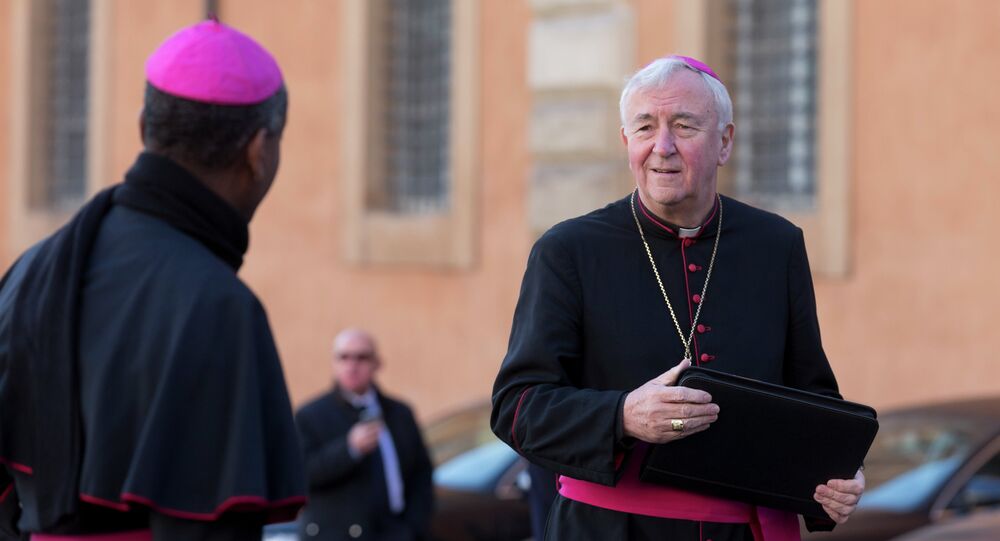 The Archbishop of Westminster highlights the extent of human trafficking at a global conference in London.

© Sputnik / Mikhail Tsyganov
US, ASEAN Join Efforts to Combat Human Trafficking: Reports
MOSCOW, December 6 (Sputnik) – the Archbishop of Westminster has said there is a “global phenomenon, a global crisis,” of human trafficking, spanning 140 countries and using young people’s hopes for the future as spur to leave their home country.

“There seems to be almost no enticement that isn’t being used. They come in search of a dream, but of course don’t find it. There are plenty of people who are willing to entice them and sell them the dream in order to get them here,” said Cardinal Vincent Nichols, according to the Press Association.

He added that African youth is subject to a striking “extent <…> of enticement and abuse,” and added, “For example, there are schools for football excellence which get youngsters in and promise them a career in the Premier League, and as soon as they get to England they are enslaved.”

The Cardinal was speaking at the Santa Marta conference, held in London with the aim of tackling the issue, and at which also spoke Metropolitan police commissioner Sir Bernard Hogan-Howe. The commissioner said that in the past four years on the UK the number of victims coming forward had increased four times to almost 400, but was still a small proportion of the number working in modern slavery, the Press Asscociation reported.

The UK Home Office’s recent analysis indicated that as many as 13,000 people in the United Kingdom are victims of modern slavery, including factory workers, domestic staff, and those forced into prostitution. The report issued in November stated that the victims were people trafficked from over 100 countries, such as Nigeria, Vietnam, Albania, Romania and others.

The conference follows one held in the Vatican in April, which launched the initiative against what Pope Francis called “a crime against humanity.” The Vatican announced the creation of a Santa Marta Group of police chiefs from around the world, in order to enable better international collaboration between police forces.