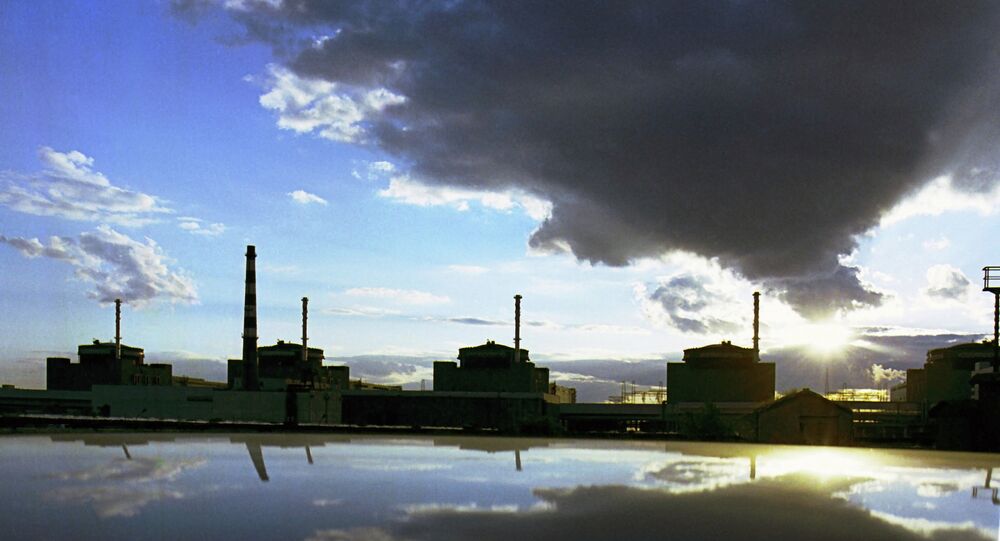 Prime Minister Arseniy Yatseniuk said on Wednesday that one reactor at the Zaporizhia nuclear plant stopped generating electricity after an unspecified accident.

With Nuclear Powers Engaged in Ukrainian Crisis, Reconciliation Is Likely: Expert
MOSCOW, December 3 (Sputnik) — The accident occured in southeastern Ukraine at the Zaporizhia nuclear plant’s No 3 bloc, a 1,000-megawatt reactor, and caused a halt in electricity production, the Telegraph reports citing a local news agency.

"I know that an accident has occurred at the Zaporizhye NPP," Yatsenyuk said on Wednesday, asking new energy minister Volodymyr Demchyshyn to make it clear when the problem would be resolved, Reuters reports.

Yatsenyuk: Ukraine Decides to Build New Nuclear Energy Facilities
"In fact, there is no threat: a [short] circuit occurred in the power supply system, so the third power unit is not working. It is in the process of repair and Energoatom [National Nuclear Energy Generating Company of Ukraine] plans to resume its work by Friday," Demchishin said at a press conference.

"There are no problems with the [nuclear] reactor," the minister said answering a question on whether the radiation leakage occurred.

On November 28, Ukrainian national energy company Ukrenergo cut off consumers as an emergency measure due to problems with Zaporizhia NPP and the lack of coal in thermal power plants. On December 2, there were more blackouts.

According to Ukrenergo, the Unified Energy System of Ukraine is undergoing difficulties caused by coal shortages, the destruction of electrical networks and transport infrastructure in the conflict — torn southeast of the country and high emergency risk at the power plants. At the same time, power consumption massively exceeds the limits of the infrastructure.

Gas and energy shortages, due to a reduction in purchases from Russia and a halt in the work of Donbas mines amid the military operation in the southeast of Ukraine, have led to deficit of energy and, as a consequence, electricity.