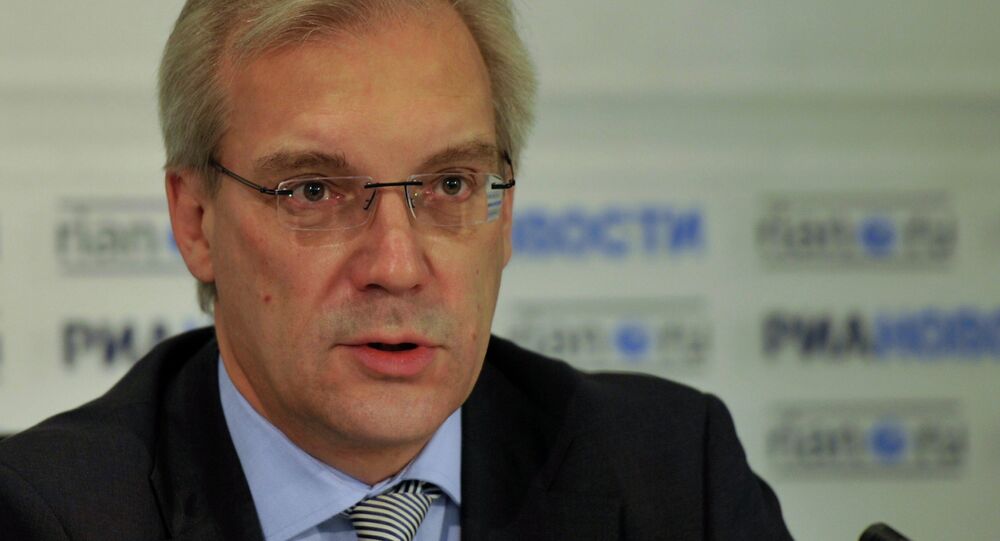 Ukraine has goals other than reforming its armed forces and transition to NATO standards, according to Russia's envoy to NATO Alexander Grushko.

BRUSSELS, December 3 (Sputnik) — Ukrainian army's abandoning national standards and taking on those of NATO does not correspond with the country's current needs — Russia's envoy to NATO Alexander Grushko said Wednesday.

"I think that Ukraine has goals other than reforming [its armed forces] and transition to NATO standards. Abandoning national standards and attempting to take on foreign ones is a dead-end track," Grushko told the press.

© REUTERS / Ints Kalnins
Stoltenberg: NATO to Help Ukraine Implement Defense, Security Reforms
On Tuesday, a meeting of the NATO-Ukraine Commission resulted in the launch of several trust funds for the modernization of the Ukrainian military in logistics, cybersecurity, command, control and communications systems, military medicine and the rehabilitation of injured military personnel.