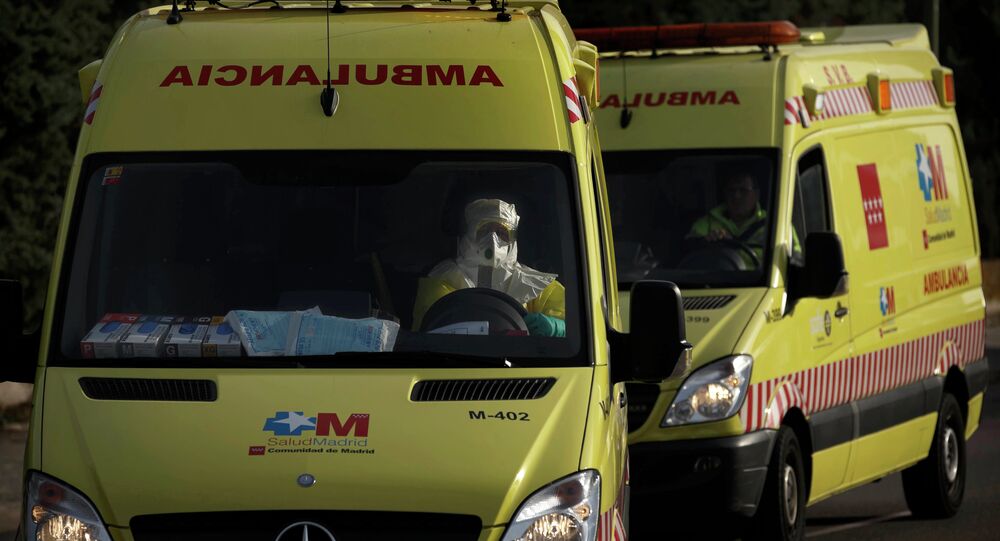 Spain's Ministry of Health reported that the WHO had declared Spain Ebola-free since no new cases of the virus has occurred in the country.

MOSCOW, December 3 (Sputnik) — The World Health Organization (WHO) has declared Spain Ebola-free as no new cases have been detected in the required 42-day period since the recovery of the Spanish nurse who contracted the virus, Spain's Ministry of Health said in a Tuesday statement.

"Today, 42 days have passed since the blood tests of secondary Ebola case resulted negative for the virus on October 21, after being identified in Spain on two samples taken within 48 hours," the ministry said, concluding that "our country is free of the virus under the World Health Organization's regulations."

According to the WHO, "if no new case has been detected at the end of the 42-day period, the risk of a further case is very low, and the outbreak is declared over."

On October 6, Teresa Romero Ramos, a nurse at a hospital in Madrid, contracted the illness while treating a Spanish missionary who was infected in Sierra Leone. The priest, Manuel Garcia Viejo, died in the hospital on September 25, three days after being flown back to Spain. Romero was the first person to catch the disease in Europe in the current outbreak.

Almost 5,689 people have lost their lives to Ebola, while 15,935 cases have been confirmed, according to WHO data released on November 26.