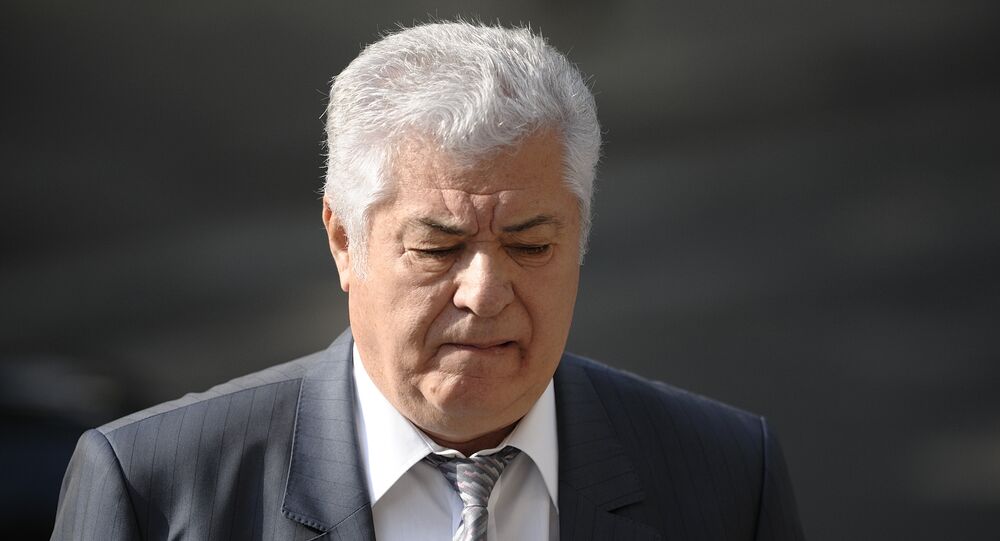 The European Court of Human Rights obliged the government of Moldova to pay $10,600 as compensation to an opposition member for non-pecuniary damage. Moldova's former President Vladimir Voronin accused her of bribery during a television discussion and could not be sued due to immunity.

"In today's Chamber judgment1 in the case of Urechean and Pavlicenco v. the Republic of Moldova… concerning presidential immunity and defamation proceedings, the European Court of Human Rights held, by four votes to three, that there had been: a violation of Article 6 § 1 (right of access to court) of the European Convention on Human Rights," the release said.

It said Serafim Urechean and Vitalia Pavlicenco, both representing opposition parties, could not sue Voronin for purported defamatory statements made on television in 2004 and 2007 on account of Voronin's immunity, which exempted him from being held liable for his statements.

© Sputnik / Ruslan Shalapuda
Moldova Needs Better Relations With Russia After Elections: Opposition Head
However, the ECHR said that the Moldovan courts failed to assess whether Voronin's immunity provided exemption from the alleged defamation or not.

The court also stressed that the Moldovan constitution did not "define the limits of presidential immunity in libel actions," noting that Voronin could not be brought before court even after his term in office was over.

"The Court considered that conferring such blanket immunity on the Head of State in the application of the rule of immunity was to be avoided," the release added.

During discussions broadcast in television in 2004 and 2007, Voronin accused Pavlicenco of belonging to the KGB and Urechean, who was the mayor of Chisinau at that time, of developing a strong mafia-style system of corruption. He also said Urechean bribed local officers to vote for his party.

Moldovan Socialists Not Planning to Enter Coalition With Pro-EU Parties