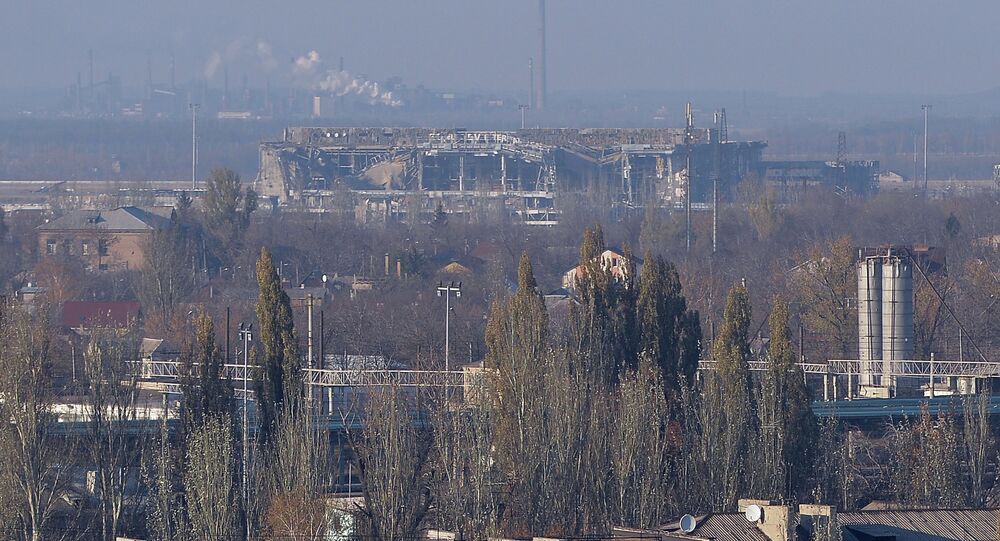 According to the Donetsk People's Republic's parliament speaker, the ceasefire between the DPR and Kiev forces will go into effect at 15:00 GMT on Tuesday.

Militia of the self-proclaimed Donetsk People's Republic is planning to begin the pullout of heavy military hardware from a line separating the warring sides of the Ukrainian conflict by December 9-10, the DPR official said.

"We are hoping to achieve some progress by December 9-10," Andrei Purgin, the speaker of the DPR People's Council told reporters.

© East News / AP
Russia Opens Criminal Case Into Shelling of Hospital, Buildings in Donetsk
"Without the withdrawal of heavy weaponry the ceasefire is impossible," Purgin stressed.

Since the beginning of the operation, intense fighting has been reported in the area of Donetsk airport.

The Minsk agreements, reached on September 5 at a meeting of the Contact Group on Ukraine, established a ceasefire regime in southeastern Ukraine.

The memorandum, which followed the agreement was signed September 19 and specified the ceasefire’s implementation. However, the independence supporters in the southeast and the government in Kiev, have repeatedly accused each other of violating the regime.