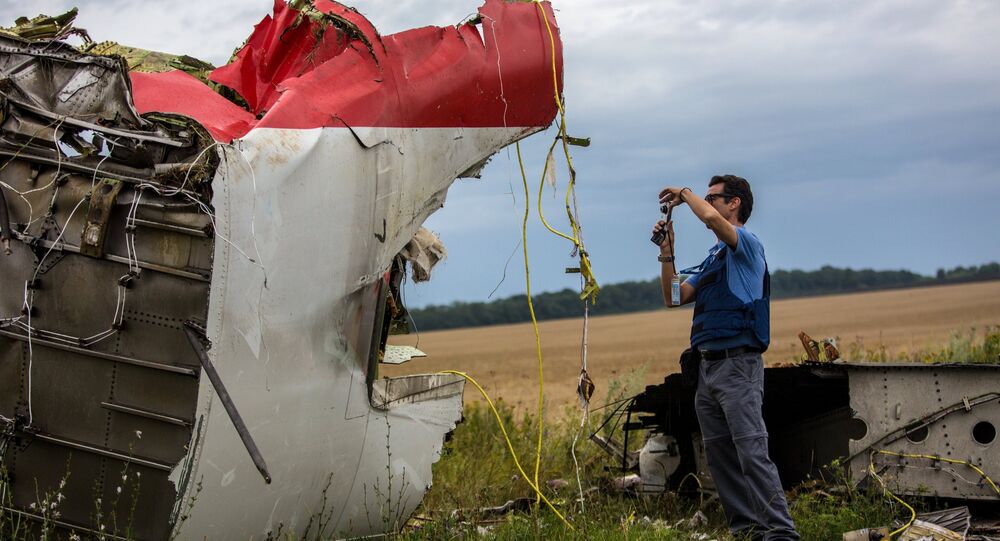 The joint inquiry team into the MH17 crash now includes the Netherlands, Ukraine, Australia, Belgium and Malaysia as well as other international partners.

© Sputnik
Malaysia Not Yet Invited to Participate in Investigation of MH17 Crash
MOSCOW, December 1 (Sputnik) — Malaysia is now a full member of the team of countries that are conducting the investigation into the Malaysia Airlines Boeing 777 crash in eastern Ukraine, the Malay Mail Online reported Monday.

The joint inquiry team into the crash now includes the Netherlands, Ukraine, Australia, Belgium and Malaysia, as well as other international partners. The Netherlands is leading the investigation into the tragedy.

Malaysian Attorney-General Tan Sri Abdul Gani Patail told the Malay Mail that the notification of Malaysia's acceptance into the team from the Dutch National Public Prosecutor's Office was conveyed through a letter dated November 28.

© REUTERS / Maxim Zmeyev
Netherlands to Collect MH17 Debris Only When Malaysia Steps In: DPR
Malaysia's Attorney General will shortly travel to The Hague to attend the 3rd Eurojust Coordination Meeting on the criminal investigation, to be held on December 4.

Kiev has accused independence supporters in eastern Ukraine of shooting the plane down, but has not provided any evidence to back this claim. Local militia leaders say that they do not have weapons capable of shooting down a plane flying at 32,000 feet.