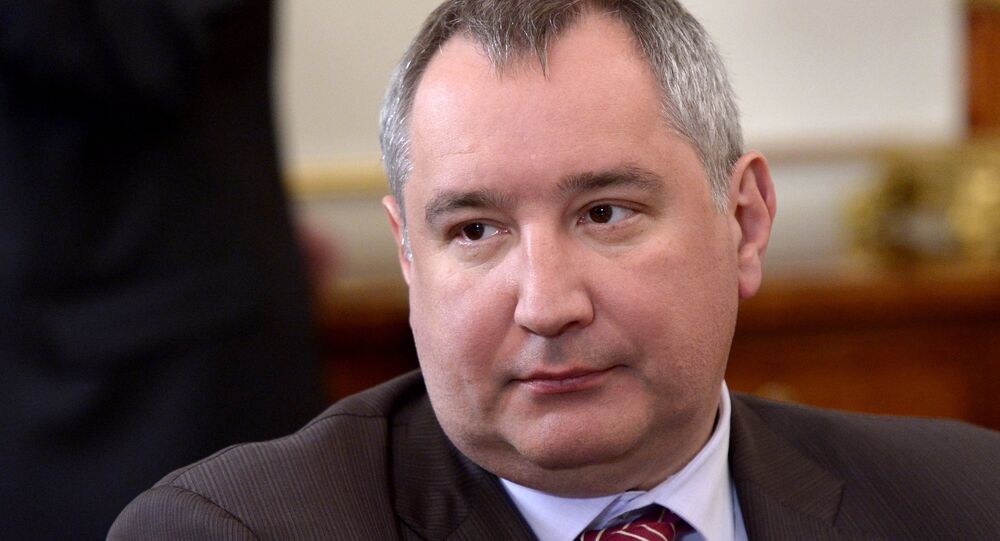 Dmitry Rogozin said that taking into account the supporters of the Patria party, barred from taking part in the election, and some 700,000 Moldovan migrants working in Russia, the real proportion of pro-European voters would be insignificant.

MOSCOW, December 1 (Sputnik) — Russian Deputy Prime Minister Dmitry Rogozin on Monday has called on the Moldovan government to think carefully about the country’s European integration as pro-EU parties’ are leading the polls in Moldova's parliamentary election.

On Sunday, Moldova held election for all 101 seats in the country's parliament. Four independent candidates and 21 political parties participated in the election.

© Sputnik / Gleb Garanich
Moldovan Elections and US Press: Sad Realities, Wild Fantasies
With 90 percent of the votes counted, the Socialist Party leads with 21.61 percent of the ballots, followed by the Liberal-Democratic party with 19.29 percent of the votes. The Communist Party, in third place, won 17.84 percent. Overall, the pro-EU parties have garnered about 44 percent of votes now, while those seeking stronger ties with Russia – 40 percent.

Rogozin said that taking into account the supporters of the Patria [Homeland] party, barred from taking part in the election, and some 700,000 Moldovan migrants working in Russia, "whom Chisinau authorities did not allow to vote," the real proportion of pro-European voters would be insignificant.

"I am not even speaking about 500,000 people of the Transnistria [the self-proclaimed breakaway republic between Moldova and Ukraine]. Whom they would vote for if they considered this election as their own?” the deputy prime minister added.

© Flickr / European External Action Service
EU Ratifies Association Agreement With Moldova
In June, Moldova signed an association agreement with the European Union. Opinion polls show that about 45 percent of the country's citizens support Moldova’s membership in the Customs Union of Russia, Belarus and Kazakhstan, while 43 percent would like the country to join the European Union.

Earlier in the day, the Russian Foreign Ministry stated that the country was ready to open up to 30 polling stations in Russia, so that all 700,000 Moldovan citizens residing in Russia could vote. However, the Moldovan government decided to open only five polling stations.