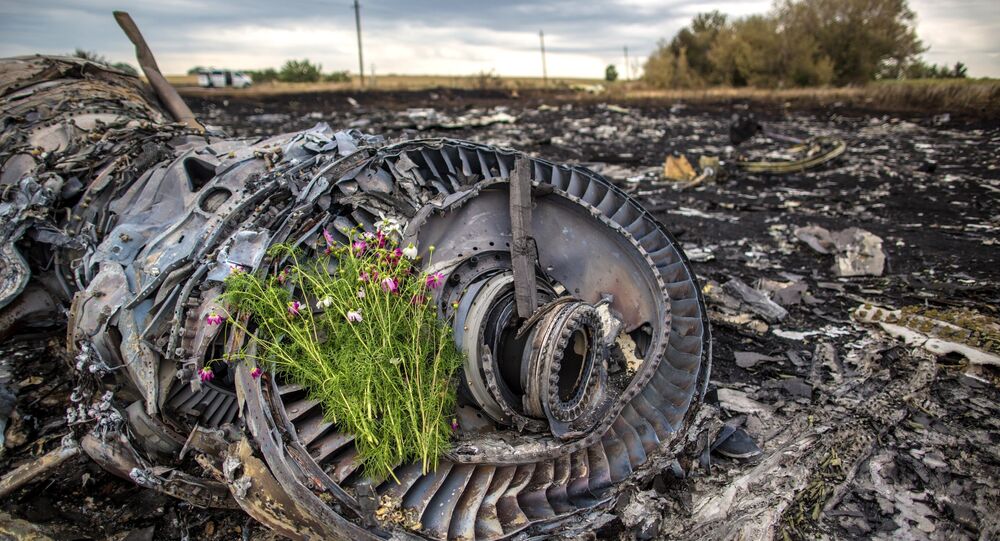 Mother of a German victim of MH17 plane crash stated that the Ukrainian government failed to close the country’s airspace because of millions of US dollars received monthly for foreign flights over its airspace.

According to the newspaper, the mother of a German victim has submitted her case against Ukraine to the European Court of Human Rights last week.

© Sputnik / Sergey Kozlov
Netherlands Only Collected MH17 Debris Required for Investigation
The woman’s interests will be presented in court by German Lawyer Elmar Giemula, a professor of aviation law, who is also working with other German families affected by the MH17 crash.

On July 17, Malaysia Airlines flight MH17 en route from Amsterdam to Kuala Lumpur crashed in eastern Ukraine, killing all 298 people on board. According to a preliminary report issued by the Dutch Safety Board early in September, the plane most likely broke up in mid-air as a result of structural damage caused by a large number of high-energy objects that penetrated the aircraft from the outside.

Kiev has accused independence supporters in eastern Ukraine of shooting the plane down, but failed to provide any evidence to back this claim. The local militia leaders said that they do not have weapons capable of shooting down a plane flying at 32,000 feet.