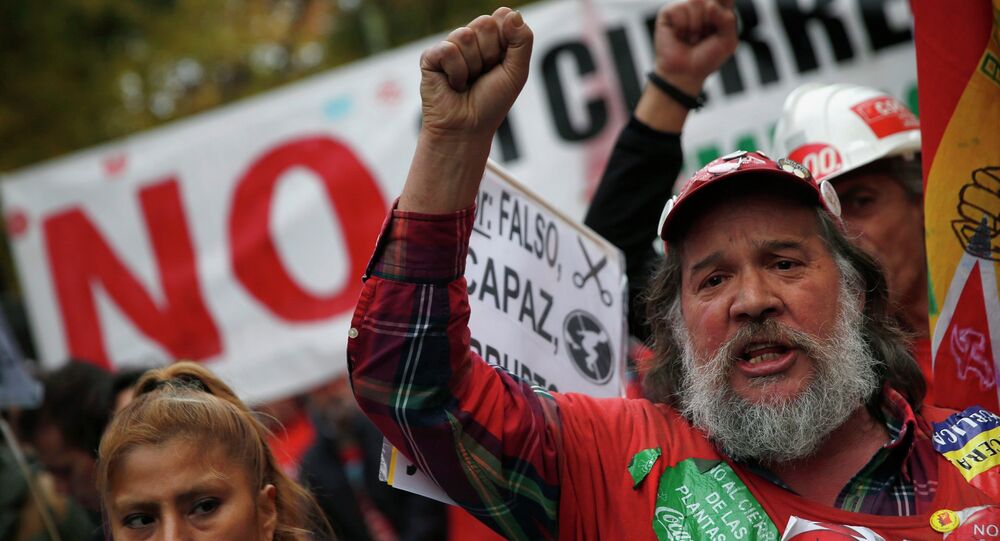 Thousands participated in a "March for Dignity" in Spain, protesting the country's austerity measures.

MADRID, November 30 (Sputnik) – Thousands of people across Spain participated in the so-called "March for Dignity" over the weekend, protesting against the country's austerity measures.

"We found out that there was almost systemic corruption in two of the country's major parties while our basic rights, such as healthcare and education, kept being limited. We march to end this kind of policy, we want a real democracy," one of the protesters, who introduced himself as Juan, told Sputnik Saturday.

The Saturday demonstrations in Madrid attracted the most people, who were calling on corrupt Spanish politicians to step down.

The "March for Dignity", which was attended by representatives of two major trade unions in Spain – the Workers" Commissions (CCOO) and the General Union of Workers (UGT)- is the continuation of anti-austerity rallies that started in March this year in Madrid under the slogan "No more cuts!".

The European Union's fiscal rules have forced the Spanish government to adopt an austerity policy aimed at slashing the level of its state deficit to 3 percent by 2016. As a result, the country's authorities have been trying to reduce the amount of public services, attempting to privatize healthcare, which has caused massive disapproval of the Spanish population.

The Spanish people have also expressed concern over the serious unemployment crisis in the country and their inability to pay for housing because of the existing mortgage laws.