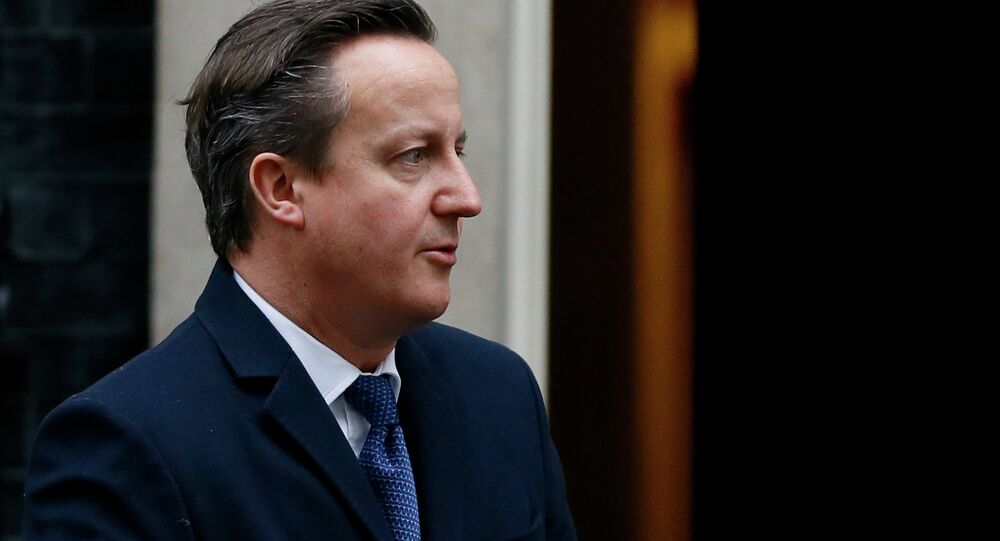 Britain's membership in the European Union depends on the country's ability to curb welfare perks to EU migrants in the UK, Prime Minister David Cameron is expected to announce Friday.

© Sputnik / Sergei Guneev
Cameron Says Britain Will Pay Only Half of $2.6 Bln EU Surcharge
MOSCOW, November 28 (Sputnik) — The United Kingdom's membership in the European Union is subject to its ability to refuse welfare benefits to EU migrants in the country, Prime Minister David Cameron is expected to announce Friday, according to London-based City A.M.

"In a speech on Friday the Prime Minister will say that the UK's continued membership of the EU is dependent on the UK being able to deny benefits to migrants from the bloc," the newspaper reported, signaling the British government's increasingly tough stance toward the European Union.

© REUTERS / Suzanne Plunkett
UKIP's Success Reflects 'Appetite For Change': Senior Conservative Peer
Relations between London and Brussels have worsened since the UK Independence Party's (UKIP) success in the European Parliament elections in May, reflecting growing anti-immigration and eurosceptic views in Britain. Cameron pledged to cut immigration to "tens of thousands" in an attempt to gain support from the British public, the newspaper reported.

The UK Office of National Statistics (ONS) latest Department for Work and Pensions (DWP) figures show that out of the 5.3 million people that claimed unemployment benefits, 134,000 were foreign citizens, almost half of whom came from the European Union.