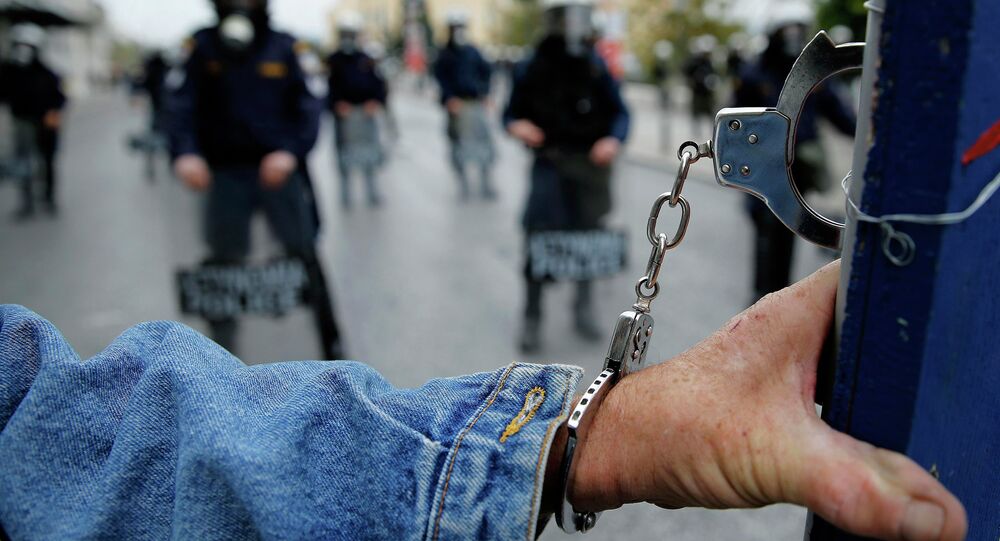 Thousands of Greeks took to the streets of Athens to hold a strike against the government's austerity measures.

ATHENS, November 27 (Sputnik) — Thousands of Greeks took to the streets of Athens on Thursday to hold a nationwide strike against the government's policy, a RIA Novosti correspondent said.

The protests reportedly involving at least 30,000 people are largely triggered by the government's austerity program, planned layoffs and the 2015 budget project.

Around the country, state and municipal offices, hospitals were closed, with the strike disrupting public transport service. More than 200 flights at Athens International Airport were cancelled.

The national strike was supported by all the leading labour unions. A separate demonstration was also organized by the major opposition Coalition of the Radical Left (SYRIZA).

The SYRIZA leader, Alexis Tsipras, once again called for a snap election, claiming that the situation in the country is worse than in 2012, when the current government was elected. According to Tsipras, the cabinet is bringing Greece to a deadlock by blindly following the orders of the creditors.

No incidents were reported during Thursday's protests in Athens. A new strike is scheduled for December 7 when parliament will vote on the 2015 budget.

Since 2010, Greece, struggling with the financial crisis, has been dependent on billions of Euros in rescue loans from the European Union, the European Central Bank and the International Monetary Fund, the so-called troika of creditors, in exchange for strict austerity measures.

Currently, the country aims to exit the bailout program. The Greek authorities and the troika still cannot agree upon a range of financial issues, which postpones the arrival of regular inspector missions in the country that estimate Greece's progress. On Tuesday, Greek negotiators met with their international creditors for two-day talks but failed to reach any agreement.