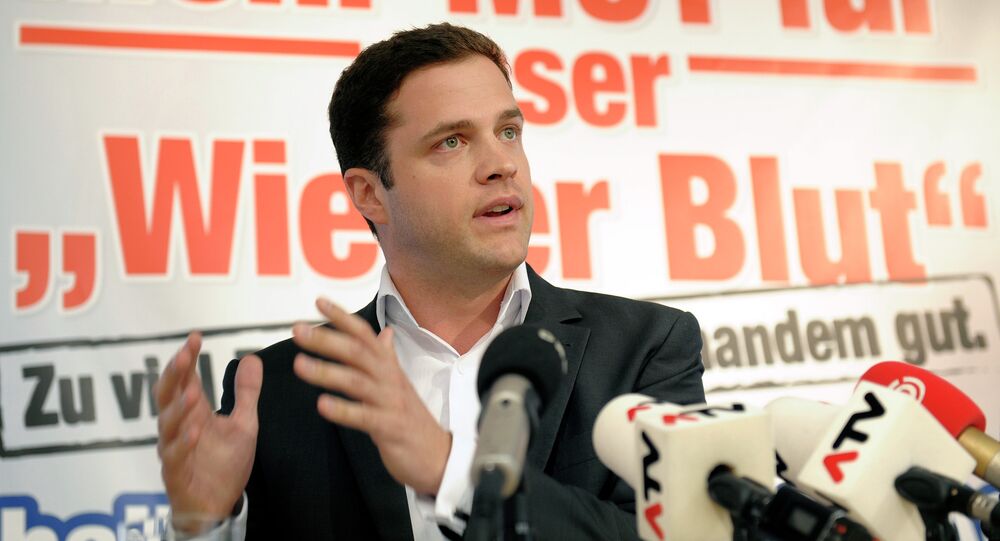 Deputy head of the Freedom Party of Austria believes Europe needs good relations with Russia, but instead the EU is tangled up with Washington. He also added that there is "no will" among European politicians to improve Russian relations.

MOSCOW, November 25 (Sputnik) — Stable relations with Russia are important for Europe, but the EU political establishment is heavily influenced by Washington, the Freedom Party of Austria's deputy head told Sputnik in an interview on Tuesday.

"I hope the relations [with Russia] will be very good because it is important, there was actually a good relationship… but the European politicians are playing the game of the United States," Johann Gudenus said.

© Sputnik / Alexei Danichev
Austria to Provide Ten Drones to OSCE to Monitor Ceasefire in Ukraine
The politician said, however, that "there are some forces in the European countries, some patriotic forces, which are now working closer together than before and try to amend the relationship with Russia."

The Austrian politician said that currently there is practically "no will" among European politicians to improve Russian relations. Gudenus also described the sanctions, imposed by the European Union on Russia over its alleged role in the Ukrainian crisis as counter-productive, adding that the sanctions are "going to escalate with the pressure from the United States and NATO."

© Sputnik / Aleksey Nikolskyi
Additional Sanctions Unlikely To Solve Ukrainian Conflict: Austria
As for Austrian perceptions of Russia, the party's deputy leader said that "the majority of Austrian people do not have any bad feelings about Russia" as the two countries "have always had close ties… culturally, economically, in business and trade." Gudenus also pointed out that EU and Austrian media are generally "sharing the American view," making it harder for the Austrian people to form a balanced opinion.

Relations between Russia and the West have deteriorated in the wake of the Ukrainian crisis, as European and US leaders blame Moscow for meddling in Ukrainian affairs — a claim that Russia has repeatedly denied. Over the past few months, the European Union, the United States and their allies have implemented several rounds of sanctions targeting Russia's banking, energy and defense sectors, as well as a number of high-ranking officials.

Russian Gas Supplies to Austria Down by 15 Percent: Reports