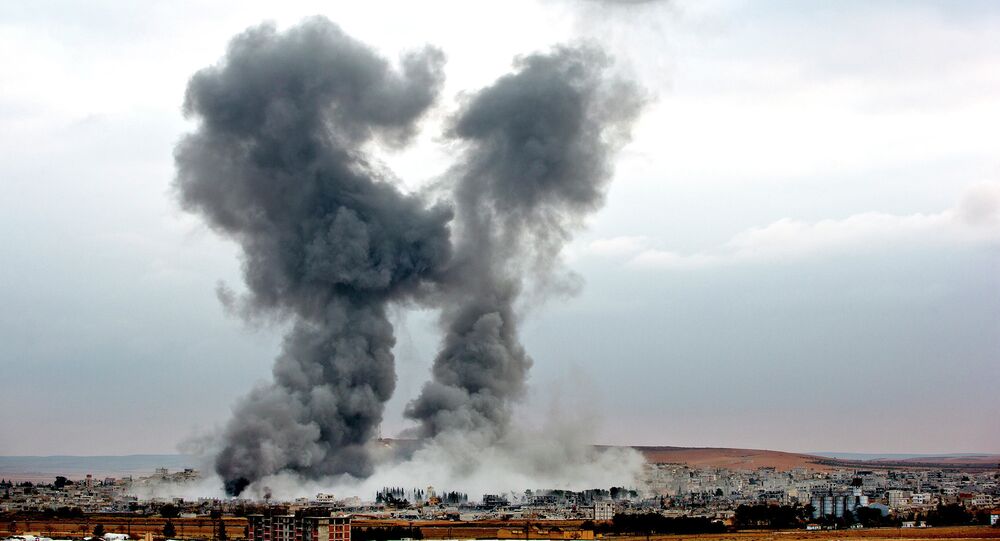 The airstrikes conducted by the US-led coalition against the Islamic State are supported by 65 percent of Britons and 35 percent of Germans, a recent poll shows.

MOSCOW, November 24 (Sputnik) — A majority of the British population is in favor of conducting airstrikes against Islamic State (IS) targets, while two thirds of the population of Germany are against their country taking part in military operations against the IS, reports an ICM Research poll released Monday.

According to the poll, 65 percent of Britons support airstrikes of the US-led anti-IS coalition. In Germany 61 percent are against attacking and only 35 percent are in favor. In France, 19 percent found it difficult to reply to the question, the largest share of uncertainty in all three countries.

60 percent of those polled in the three European countries fear that participation of their military in international operations against the IS will lead to an increase in threats from radical Islamists against the European Union.

ICM Research, part of the British Polling Council, conducted this poll from November 8 to November 16, questioning 2,987 people in UK, Germany and France.

Eyewitness Footage of Airstrikes Launched Against IS Terrorist Positions in Syria
The IS, also known as the Islamic State of Iraq and Greater Syria (ISIS) or the Islamic State of Iraq and the Levant (ISIL), has been fighting against the Syrian government since 2012. In June 2014, the group extended its attacks to northern and western Iraq, declaring a caliphate on the territories it had seized.

In August United States began airstrikes against the IS in Iraq. In September, US President Barack Obama formed an international anti-IS coalition in a bid to impede the military advancement of the jihadist group. The US-led coalition, supported by 60 nations, is currently carrying out airstrikes against Islamic State positions in Syria and Iraq.