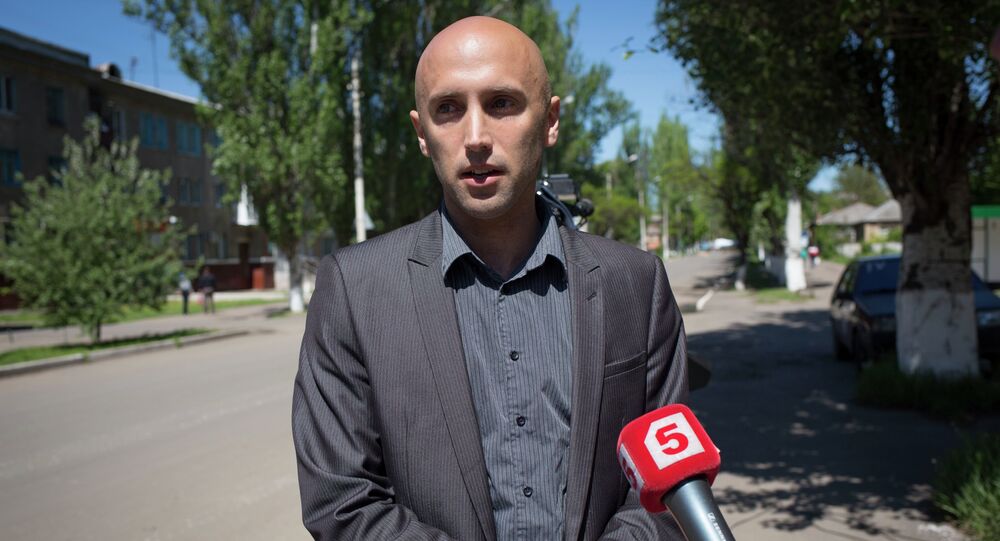 The British journalist Graham Phillips was hospitalized after a mine shard had hit him.

DONETSK, November 24 (Sputnik) — British journalist Graham Phillips, who has been recently working with Russia's Zvezda TV channel, was shot near the Ukrainian village of Peski in the Donbas region, a friend of the journalist told RIA Novosti Monday.

"A mine shard hit him… The journalist was hospitalized, he can walk and talk," his friend said, adding that local militia brought Phillips to the hospital.

Intense fighting is underway between militia and Ukraine's forces for control of Peski village in the country's east. Phillips was filming the clashes from militia's side when his unit came under mortar fire by the Ukrainian forces. The militiamen took Phillips to a military hospital in Donetsk.

On July 22, British freelance journalist and blogger Graham Phillips who contributed reports for the RT channel disappeared while covering fierce fighting near Donetsk airport. He reported being held for three days before he was taken to the Polish border and "dumped out". Ukrainian authorities banned Phillips from entering Ukraine for three years.

According to the Russian foreign ministry, on July 22 Phillips was abducted by the Ukrainian National Guard.