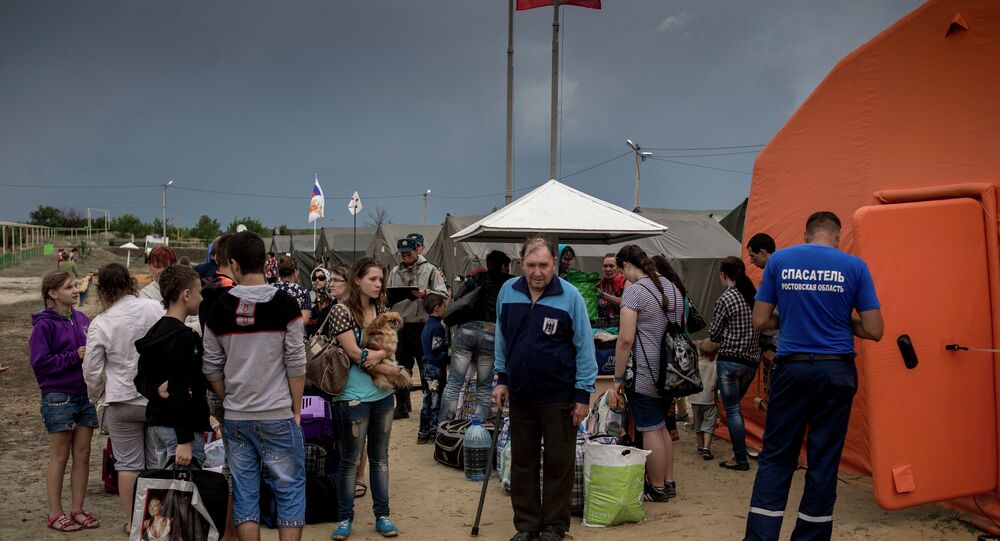 Tens of thousands of Ukrainian refugees remain in Russia. Some 222,800 people have applied for refugee status and temporary shelter in Russia; refuge was granted to 193,800 Ukrainians so far.

“In Russian regions, 789 temporary accommodation shelters continue to operate, where over 36,000 displaced people from Ukraine are housed, including 11,400 children,” he said, adding that these people are provided with everything they need.

According to the Russian Federal Migration Service, about 820,000 Ukrainian citizens have entered Russia since April 1, following escalation of the internal Ukrainian conflict between Kiev forces and eastern Ukrainian independence supporters who refused to recognize legitimacy of a new government after a February coup.

As the ceasefire between the conflicting sides in Ukraine was reached at a Contact Group meeting on September 5 in Minsk, some Ukrainian people decided to return home.

In October, however, the Russian Federal Migration Service reported that some 222,800 people have applied for refugee status and temporary shelter in Russia. Refuge has been granted to 193,800 Ukrainians.