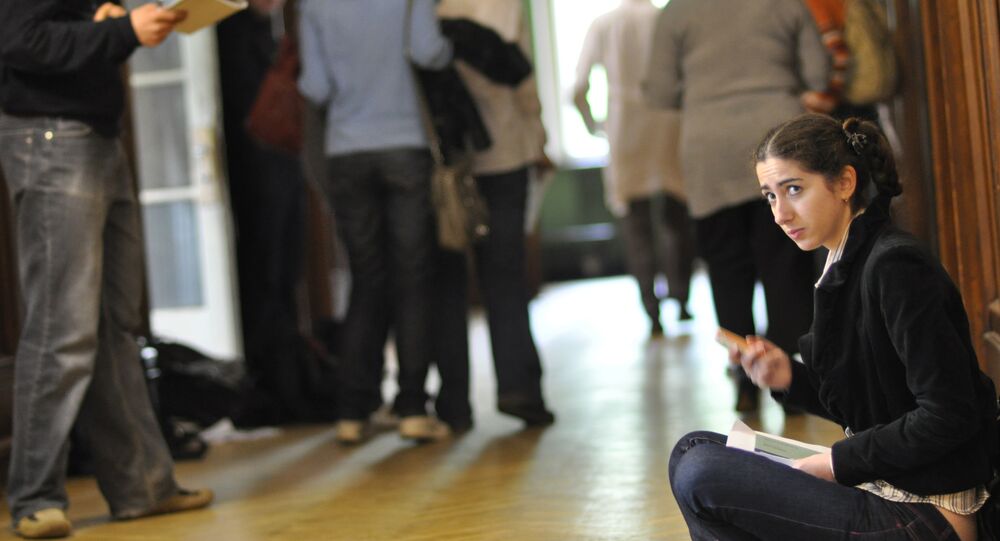 Ukraine's Ministry of Education has released a draft program on the reform of higher education, which would bring it closer to standards existing at American institutions of higher learning, Vesti reports.

MOSCOW, November 21 (Sputnik) — The Ukrainian Ministry of Education and Science has created a draft program on higher education envisioning a radical restructuring of the country's system of higher education, bringing it closer to standards which exist at American institutions of higher learning, Ukrainian newspaper Vesti reports.

The draft program, titled “A Strategy for the Reform of Higher Education to 2020,” was developed with the assistance of the United States Agency for International Development (USAID), and proposes, among other things, a reduction in the number of disciplines taught at Ukrainian universities and colleges, from about 150 at present to about 60-80 by 2020.

Nikolai Fomenko, the Deputy Director of the Department of Higher Education at the Ukrainian Ministry of Education, told RIA Novosti that “specialties vital for the country’s economy will remain, [and] some related specialists will also be merged into one. A concrete list does not yet exist; it will be discussed by the heads of institutions of higher learning.”

The reduction of the number of disciplines is expected to lead to a reduction in teaching staff, Vesti explained.

The draft program also proposes the sharp reduction in the areas of study which will be eligible for state assistance to students, and to a change in the structure of government funding to institutions of higher learning as a whole. The draft proposes that government stipends be made available only to students studying in areas deemed important, such as national security, defense, police, medicine, and pedagogy.

The program calls for a new form of agreement, to be signed between the student, the university and a bank, the latter issuing credits for student tuition. The program proposes that the student pays back the loan within 15 years after graduation, hopefully working in the field or specialization for which he or she studied.

In the interest of cost savings, the draft also calls for the abolition of the traditional system of stipends. The proposal provides that stipends only be paid to the best students. Stipends will be calculated based on the cost of study plus the minimum cost of living.

Another innovation proposed by the draft program is the attraction of foreign teachers. The program calls for every university department to have at least one foreign teacher by 2020; in the system of higher learning as a whole, one in five teachers is expected to be a foreigner by that time.

Russia Could Help Afghani Modernization by Contributing to Education