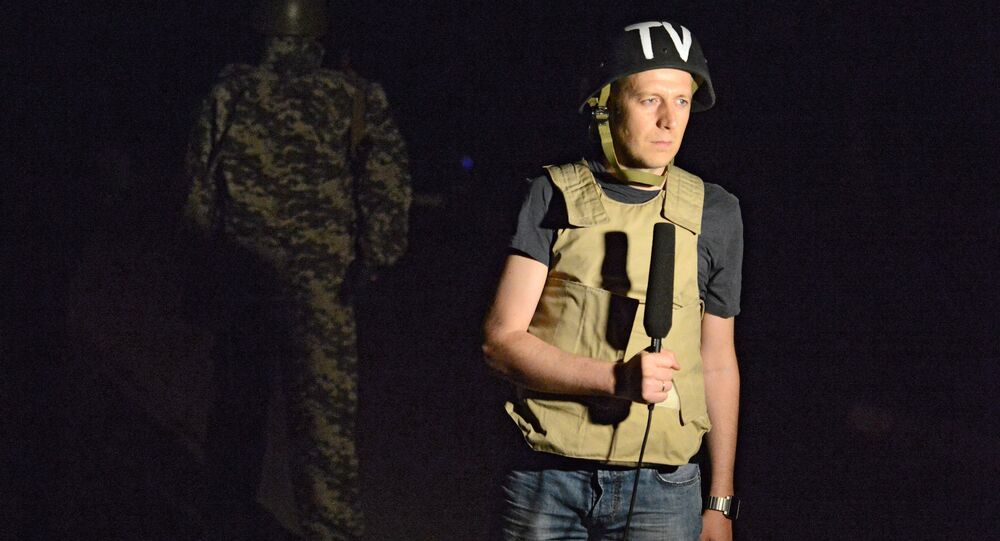 Mogens Blicher Bjerregaard, President of European Federation of Journalists (EFJ),stated that all cases of murders of Russian journalists in Ukraine must be investigated.

MOSCOW, November 21 (Sputnik) – All the murders of Russian journalists in Ukraine should be investigated, Mogens Blicher Bjerregaard, President of European Federation of Journalists (EFJ), said in an exclusive interview with Sputnik Friday.

"All these cases must be resolved," Bjerregaard said on the sidelines of the EFJ annual meeting in Moscow, replying to a question on what lessons should Russia learn from the deaths of its reporters working in Ukraine.

Violence against journalists is a global problem, Bjerregaard added, voicing concern at the worldwide number of unsolved journalists" killings.

"Only one of fifteen cases is resolved, less than seven percent of cases are resolved and that makes it a free risk to violate journalists and can only be stopped by bringing the perpetrators to court," he stressed.

"Journalists should be safe… they should feel that they are able to make investigative journalism without fearing 'what happens to me when I'm doing this'," the EFJ chief concluded.

Since Kiev launched its special military operation against independence supporters in eastern Ukraine in April, over 4,000 people, including civilians, children and journalists on professional duty have died in the region.