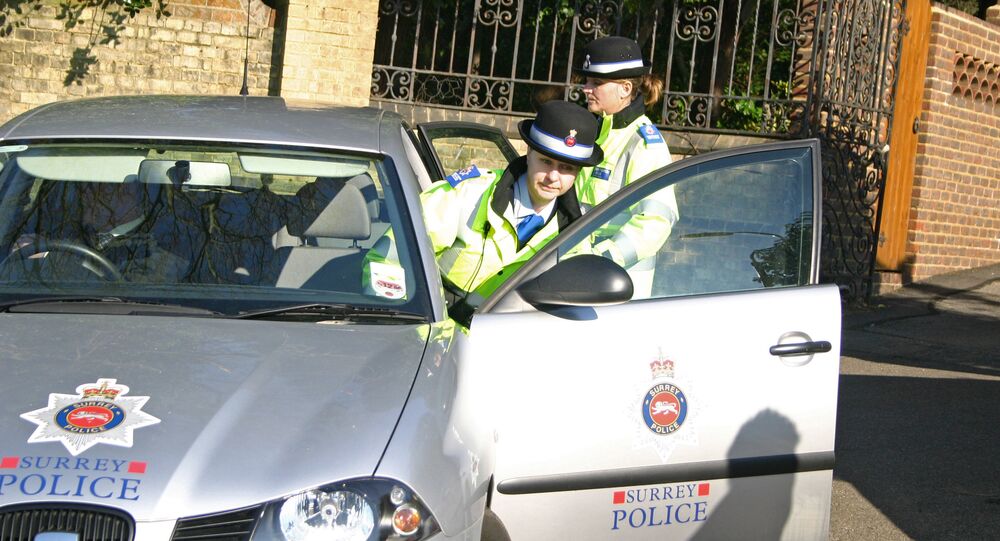 Six members of the National Union of Journalists (NUJ), a trade union for reporters in the United Kingdom and Ireland, are taking legal action against the Metropolitan Police commissioner and the Home Secretary over claims of ongoing police surveillance.

MOSCOW, November 21 (Sputnik) – The journalists discovered their activities were being tracked and recorded by the Metropolitan Police since 2008 as part of a campaign against so-called domestic extremism.

"The claim challenges the surveillance and retention of data on the basis that it is unnecessary, disproportionate and not in accordance with the law. Journalists and union members have no way of knowing the circumstances in which their activities are monitored, retained, disclosed and systematically stored on secret police "domestic extremism" databases" the statement published on the union's website said Thursday.

According to the statement, the police actions are unlawful as they breach the "domestic law and the European Convention on Human Rights, including Article 8 on privacy, Article 10 on freedom of expression and Article 11 on freedom of assembly and association."

"It is outrageous that the police are using their resources and wide-ranging powers to put journalists under surveillance and to compile information about their movements and work on secret databases. There is no justification for treating journalists as criminals or enemies of the state, and it raises serious questions for our democracy when the NUJ is forced to launch a legal challenge to compel the police to reveal the secret evidence they have collected about media workers," NUJ general secretary Michelle Stanistreet was quoted in the statement as saying.

The six journalists are Jules Mattsson, Mark Thomas, Jason Parkinson, Jess Hurd, David Hoffman and Adrian Arbib, who have all reported on government and police wrongdoing.

Their statements regarding a lawsuit are published on the NUJ website.

Mattsson has called police surveillance a "ridiculous waste of time and money."

"The revelations of files on my colleagues and I, alongside the use of wiretapping laws to spy on the media, suggest a reckless disregard for press freedom by the police," he said.

Journalist and comedian Thomas said that "police surveillance and the collation of data on journalists point to a police spying culture that is out of control and without proper oversight."

"My video work has been published across the world and, among many other things, it has exposed police, state and corporate misconduct from the UK to the Middle East and Central America. I have faced multiple legal battles to defend press freedom under the Human Rights Act. I have endured years of harassment, repeatedly detained under the Terrorism Act and other laws and I have faced abuse and even violence at the hands of police," freelance video journalist Parkinson said.

Hurd, a freelance photographer, claimed he has been dealing with "intimidation, surveillance and on occasion violence, from the police all my professional life" and that he sometimes fears going to work.

"Secret police, secret databases, secret courts — what kind of society are we living in? It is no surprise that they are coming after journalists. We have been campaigning hard about state incursions into press freedom. The campaign group 'I'm a Photographer Not a Terrorist,' alongside a legal challenge in the European Court successfully saw the use of Section 44 of the Terrorism Act deemed unlawful. This blanket stop and search power was routinely used against the media to prevent us from doing our jobs," the photographer stated.

According to Hoffman, who has over 40 years of experience as a professional photojournalist, he and his colleagues have been aware of police monitoring them for almost a decade.

"They have not simply been recording our presence but have been deliberately intrusive, threatening and bullying, often filming us from close quarters and making comments designed to intimidate us. We have been followed, even when popping in to a pub to use the loo. It is hard to see a legitimate policing justification for this calculated and oppressive behavior," he said.

Arbib has been a press and features photographer covering protests and other social issues for the past 30 years.

"I did all these stories and many others, as any journalist should do, with a keen eye for the truth. It seems that this fundamental and important exercise now makes journalists subjects of covert surveillance and intimidation," Arbib concluded.

UK Police to Be Given More Power to Tackle Suspected Terrorists: Reports

UK Police Ordered to Reveal Use of Surveillance Powers Against Journalists: Reports