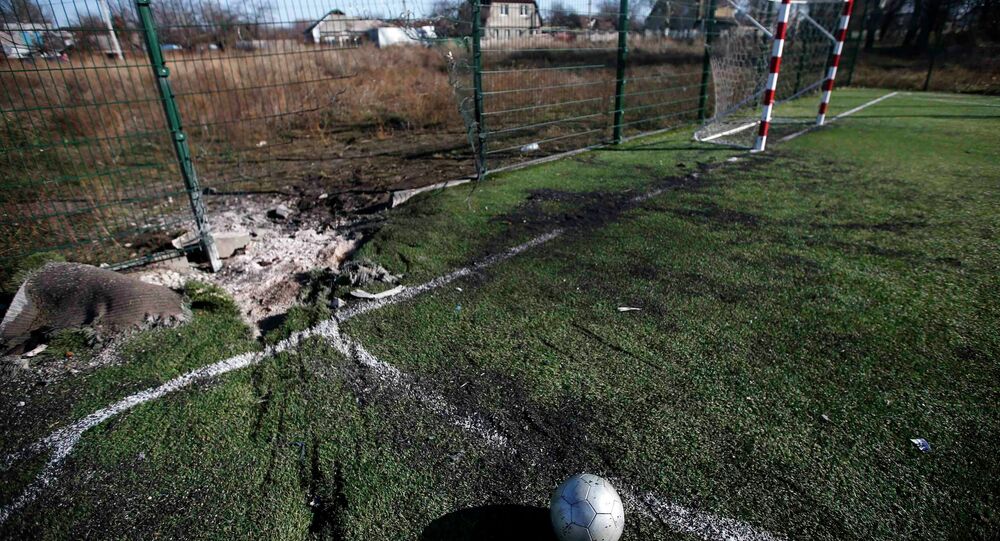 If the US government considers delivering lethal weapons to Ukraine, that would mean a direct violation of the Geneva Agreements.

MOSCOW, November 20 (Sputnik) — If the United States decides to deliver lethal weapons to Ukraine, it would be a direct violation of the Geneva Agreements, Russian Foreign Ministry spokesman Alexander Lukashevich said Thursday.

“This is a very serious signal for various reasons. First, this is a direct violation of agreements, including those reached with US participation, I mean the April 17 Geneva Agreement,” Lukashevich said during a briefing.

"We want to give the Ukrainians weapons to defend themselves as the Russians are dismembering their country," McCain said during a Veterans Day event at the National Press Club last week.

Within the US Senate there is bipartisan support for supplying Ukraine with military equipment, but the White House has refused any overt programs to arm the government in Kiev.

During his September visit to the United States, Ukrainian President Petro Poroshenko requested lethal military assistance from the Obama administration, but Washington refused the request.

Use of Prohibited Weapons in East Ukraine Needs to Be Investigated: Moscow