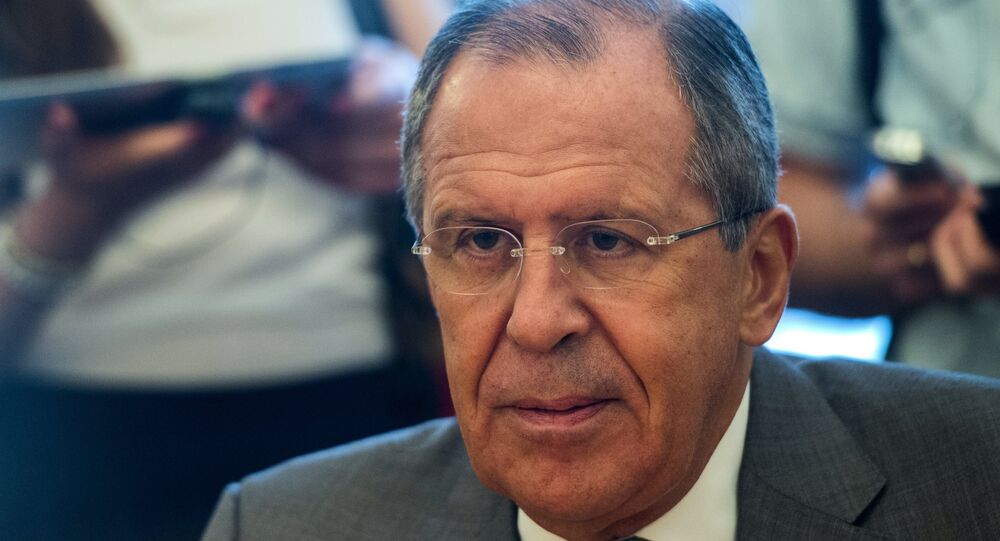 Russian Foreign Minister Sergei Lavrov said that a direct dialogue between Kiev and self-proclaimed republics of Donetsk and Luhansk should become a priority task.

"It's a unique format bringing the warring parties together with the participation of Russia and the Organization for Security and Co-operation in Europe [OSCE]," he said.

The Russian foreign minister said that a direct dialogue between Kiev and self-proclaimed republics of Donetsk and Luhansk should become a priority task, "especially in the context of elections in Ukraine and these self-governed territories."

Earlier on Tuesday, at a joint press conference with Belarusian Foreign Minister Vladimir Makei in Minsk, Lavrov reiterated his support for talks in the Minsk format, saying that there is "no reason to reinvent the wheel" by holding international conferences on settling the Ukrainian crisis in other formats.

Lavrov added that the Minsk format is "the only format today where Kiev authorities and participants from the southeast are represented along with Russia and the OSCE."

In April, Ukrainian authorities launched a military operation in the country's southeast, where independence supporters refused to recognize the new government which came to power in Kiev following a coup in February.

In a bid to bring the conflict to an end, international diplomacy employed two main meeting formats — the Geneva format and the Minsk format.

The Minsk format excludes the participation of the United States and includes representatives from the self-proclaimed Luhansk and Donetsk People's republics from eastern Ukraine — whereas the Geneva format does not recognize the two republics.

Lavrov: Russia Urges Not to Use Force in Ukrainian Crisis Settlement

No Grounds for Optimism About Ukraine: German Foreign Minister