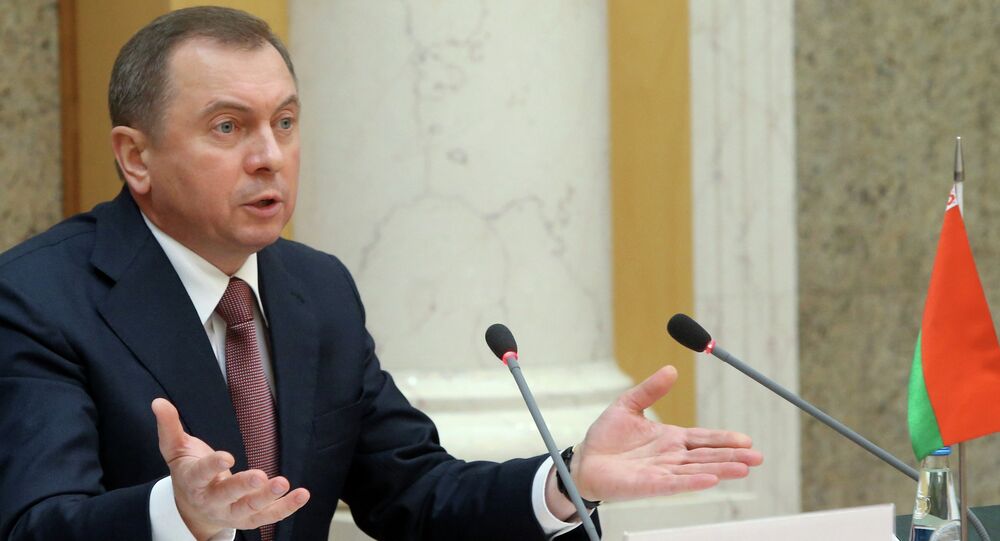 Foreign Minister of Belarus Vladimir Makei believes the world is on the verge of a new Cold War because of the Ukrainian conflict.

MOSCOW, November 18 (Sputnik) – The conflict in Ukraine has brought the world to the brink of a new Cold War, Belarusian Foreign Minister Vladimir Makei said Tuesday.

"The world is in fact on the brink of a new Cold War. The political crisis in Ukraine has extremely intensified disagreements and formed a high level of mutual distrust," the minister said at the opening of the joint meeting between the Russian and Belarusian foreign ministries in Minsk.

Authorities in Kiev launched a military campaign in April aimed at suppressing the region's pro-independence forces. As of October 31, the conflict claimed more than 4,000 lives and injured about 9,000 people, according to the United Nations.

The Contact Group, comprising representatives from Russia, Ukraine, the Organization for Security and Co-operation in Europe (OSCE) and the self-proclaimed Donetsk and Luhansk People's republics reached a ceasefire deal in Minsk on September 5. Later in September, the Contact Group also adopted a nine-point memorandum, specifying the implementation of the ceasefire.

However, both warring sides have since accused each other of repeatedly violating the truce.