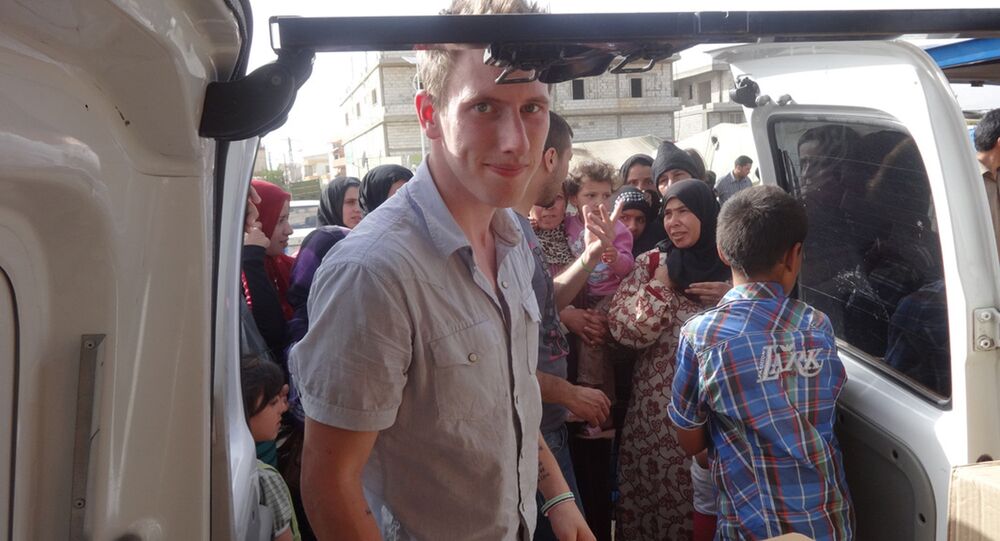 The Paris public prosecutor's office has launched an investigation into the murder of a US hostage by Islamic State after two French nationals were reported to have participated in it.

PARIS, November 18 (Sputnik) — The Paris public prosecutor's office has launched an investigation into a "murder committed by a group of persons" after two French nationals were reported to have participated in the execution of a US hostage by Islamic State (IS), the public prosecutor of Paris Francois Molen said Monday.

According to Molen's announcement, one of the two people under investigation is Maxime Hauchard, who has been on the wanted list since October, RIA Novosti reporter said.

Earlier on Monday, Radio France Internationale reported that two French citizens could have been among Islamic State militants participating in the execution of Peter Kassig, a US aid worker. The identity of one of them — Maxime Hauchard – has been established.

Hauchard, 22, left France in summer 2013 and converted to Islam, joining IS and taking the Muslim name Abou Abdallah Al Faransi. Several months ago, Hauchard appeared in a television program talking about his moving to Syria and his current activities.

In spring 2014, France's Interior Minister Bernard Cazeneuve stated in a report that as many as 285 French nationals were in Syria and could have joined militant groups. Moreover, the minister said 120 French citizens intended to join the terrorists.

Islamic State, a Sunni jihadi group, has been fighting the Syrian government since 2012. In June, the group extended its attacks to northern and western Iraq, declaring a caliphate on the territories it had seized. A US-led coalition is currently carrying out airstrikes against Islamic State positions in Syria and Iraq.

Journalist Sotloff Criticizes US Foreign Policy Before Execution by IS: Reports