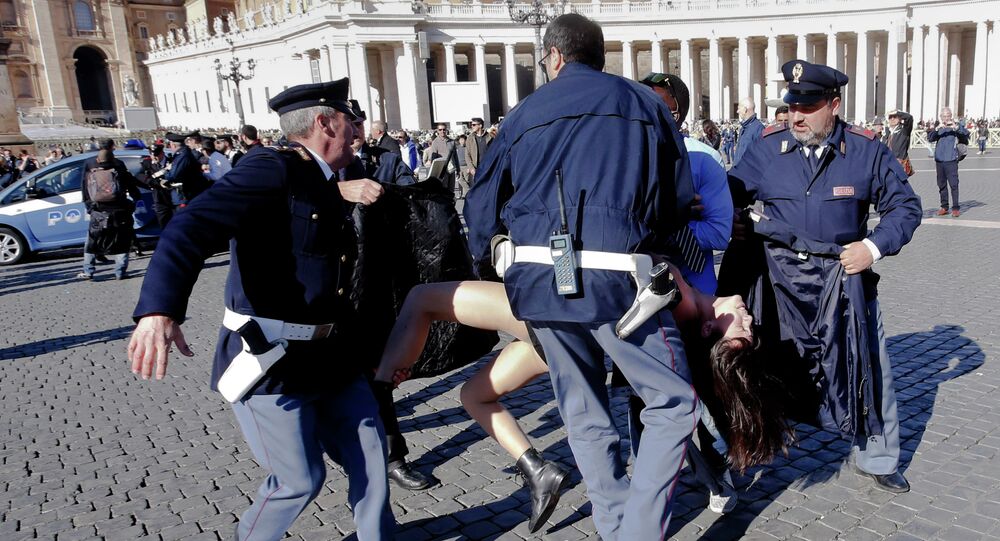 Femen, the all-female activist group, have performed arguably their most explicit stunt to date, in an action against Pope Francis on St. Peter’s Square. Given the pontiff's status as a progressive reformer, the motive behind the demonstration is far from clear.

The demonstration was supposedly a response to Pope Francis’ planned visit to the European Parliament later this month.

Police quickly broke up the display, with officers attempting to cover up one of the women as she was carried away. Authorities have not yet made it known whether the activists will face any criminal charges.

Femen, a protest group founded in Ukraine in 2008, has since spread to Europe, and is now based in Paris. The group is known for their controversial protests. Activists conducted a similar protest in February 2013, when eight protestors went topless in the Notre Dame cathedral in Paris to mark Pope Benedict XVI’s resignation.

Today’s demonstration may be the most provocative move the group has made to date, and is quite odd, given Pope Francis’ status as a progressive reformer of the Catholic Church.