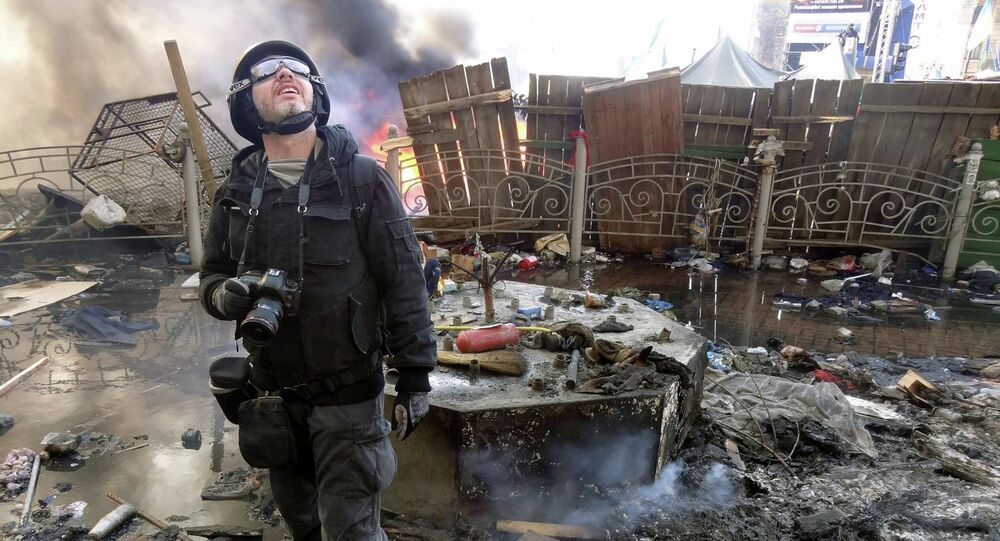 MOSCOW, November 14 (Sputnik) — The United Nations Educational, Scientific and Cultural Organization (UNESCO) Director-General Irina Bokova confirmed Friday that the organization had received a letter sent by Rossiya Segodnya International Information Agency with a request to investigate incidents of flagrant violations of its journalists' rights in Ukraine and the European Union.

The letter mentions a number of serious violations of the journalists' right to freedom of speech, as well as the inherent right to life.

On August 6, Rossiya Segodnya photojournalist Andrei Stenin was killed while covering the events in southeastern Ukraine. The photojournalist was in a car, traveling in a convoy of at least ten vehicles carrying civilians and guarded by several members of self-defense forces, when it came under heavy fire from the Ukrainian military.

Russian journalists have been repeatedly denied entry to Ukraine on the pretext of their lack of financial resources and inability to confirm the objective of their stay in the country.

Moreover, Lithuania and Poland have refused to extend the accreditation of Rossiya Segodnya reporters without any explanation.

On October 24, Polish authorities announced they were going to cancel the residence permit of Leonid Sviridov, Rossiya Segodnya's freelance correspondent in Warsaw, though it failed to explain the reasons behind the move. If the Department of Foreigners in Poland upholds this decision, the journalist will have 30 days to leave the country.

In March, Rossiya Segodnya Director General Dmitry Kiselev was denied entry to all EU countries with no good reasons given.

Bokova has previously expressed concern over threats journalists face today and called on all governments to ensure swift and thorough investigations in to the deaths of journalists in the course of their work.

"Their safety is not guaranteed — they face threats, harassment, violence, and even death. The threat is grave. On average, one journalist is killed per week, and while fatalities include foreign correspondents, the vast majority of victims are local, covering local stories, living in a climate of impunity," she stated on October 19, as published on the UNESCO website.