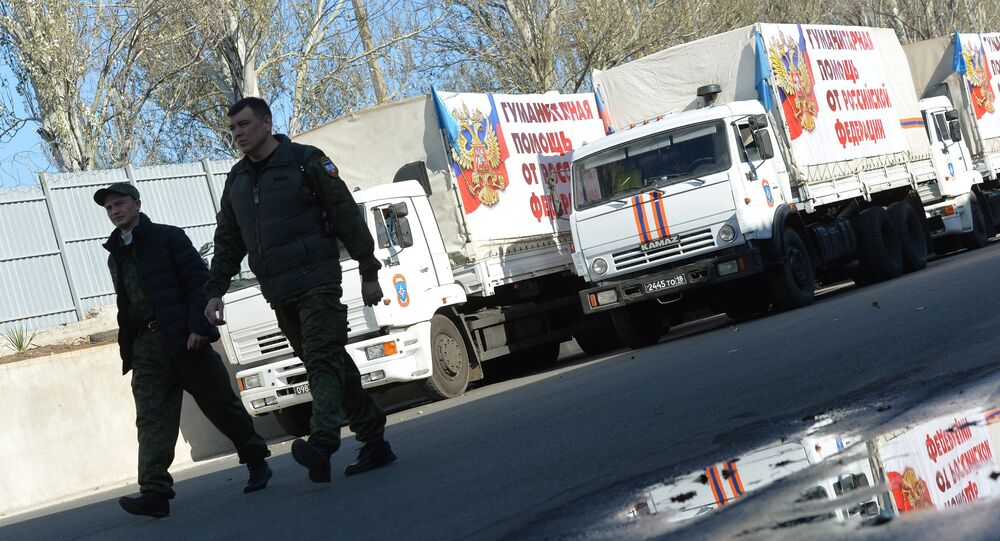 The press service of the Russian Emergencies Ministry announced Friday that the seventh Russian humanitarian aid convoy for eastern Ukraine is ready.

"Another humanitarian aid convoy for Donbas has been prepared by the Russian Emergencies Ministry… All cargo is headed for Donetsk and Luhansk," the press service said.

On Thursday, Russian Foreign Ministry spokesperson Alexander Lukashevich said that Moscow had officially asked Kiev to assist in the delivery of the humanitarian cargo and expressed hope for the cooperation with the International Red Cross.

Since August, Russia has sent six aid convoys to eastern Ukraine that has been suffering from a humanitarian crisis since Kiev launched a military operation against the region's independence supporters in April.

The convoys have delivered food, water, power generators and medication, as well as warm clothes and winter supplies for residents of the troubled region to replenish their stocks ahead of the approaching winter.

The last Russian humanitarian convoy consisted of 20 trucks and delivered more than 100 tons of aid to the Donetsk and Luhansk regions on November 4. The trucks returned to Russia on the same day.