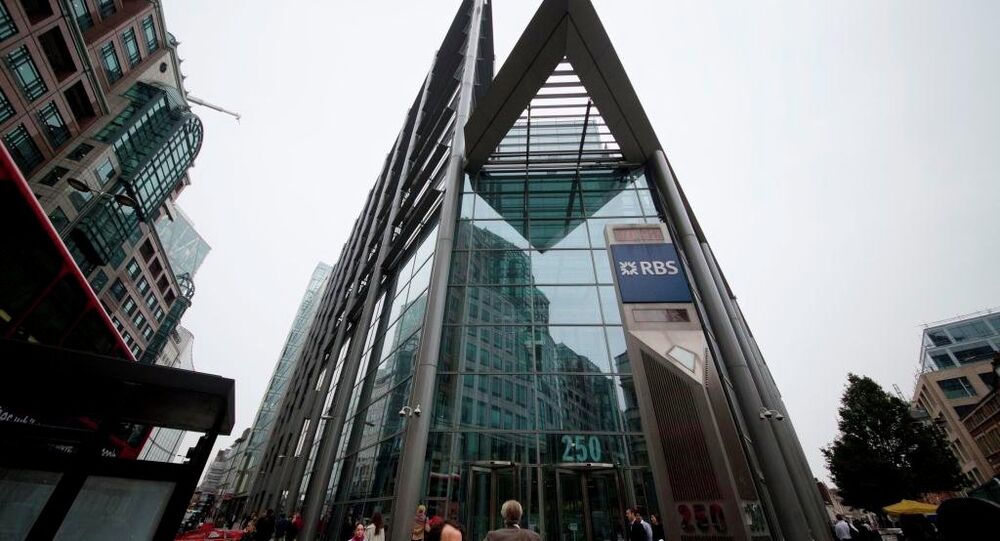 Collective fines amounting to £2.6 billion were imposed this week on five of the world’s biggest banks as punishment by regulators for their traders’ attempted manipulation of foreign exchange rates.

It has been called the ‘scandal to end all scandals' and has dealt a serious blow to London's reputation for honest financial dealing.

The fines come after an eighteen months investigation has exposed lying, cheating and collusion in HSBC and publicly owned RBS, as well as in the Swiss UBS and American JP Morgan Chase and Citibank.

The investigation was prompted by a whistle blower — who alerted authorities to a ‘Wild West' atmosphere of lawlessness in the trading rooms of the biggest banks in Britain — where traders were taking advantage of a complete lack of rules and regulations.

Recordings revealed the traders had formed ‘tight knit groups' to manipulate foreign benchmark rates and cream off a profit. Traders were caught laughing at their customers whom they called ‘numpties' and ‘fools' — and bragging about making ‘free money'.

It's big news because 40% of the global FOREX trade is conducted in London — the biggest trading hub in the world, dwarfing other centres like New York and Hong Kong.

Traders at different banks forged their plans in online chatrooms. There, circumventing their supervisors, they disclosed confidential customer information and trading positions — altering their own positions accordingly — to ‘benefit the interests of the collective group.'

The British Chancellor George Osborne says that, for the first time, these fines will be used for the greater public good. Perhaps this is meant to sweeten the pill that RBS's fines will come from the taxpayer's purse.

For a weary British public, it's a familiar story: Britain's bankers have been an emblem of corporate greed for decades and they are widely held to blame for tipping the nation into recession.

What does come as a surprize, though, is the fact that the FOREX benchmark rigging continued to happen for almost a year after bankers were fined billions for rigging the Libor interest rate.

Those fines must have had no deterrent impact — despite the fact that shortly after the scandal broke, bank managers lined up to descry the ‘rotten culture' among their traders.

The FCA chief executive Martin Wheatley even witheringly noted that monitoring employees' chat rooms is ‘not a complex thing to do'. And yet traders, regulators and executives all the way up the train of command failed to notice the rigging. Or they turned a blind eye.

Both explanations are alarming.

Politicians have condemned the latest misconduct. But a recent poll showed more than 96% of Britons do not think bankers' behaviour will change. Many angry Britons say bankers are still handled with kid gloves.

The figures involved are astronomical to the layman but they are tiny in relation to the banks' total assets and annual profit. What is more, shareholders will foot the fines — not bank managers.

The MP Andrew Tyrie — head of the British parliament's Treasury Committee — thinks the fines will have minimal effect. Instead, he says bankers should have their bonuses deferred. "It is essential to ensure that such market participants are put on contracts that leave ‘skin in the game', some of it for long periods," he says.

Meanwhile, Philip Booth from the Institute of Economic Affairs thinks the fines might be big enough to change bankers' behaviour. But, less optimistically, he thinks they'll do nothing to change a fundamentally unethical culture: "We are increasingly and too often relying on regulators."

His prediction is that the banking industry will look much the same in two or three years' time as it does today. It's unlikely London will stop being the world's leading centre of FOREX trade any time soon.

However, in what is a heartening fact for some Britons, who call for the guilty traders to face prison, these fines are not the end of the matter.

Law enforcement agencies are continuing their investigations — which could lead to more penalties and criminal prosecutions. And some US regulators are investigating whether existing fines should be increased.

Meanwhile, thirty six other banks, including Deutsche Bank — the world's largest trader of foreign exchange — have been ordered by the authorities to take steps to ensure their staff can't manipulate the currency markets again.