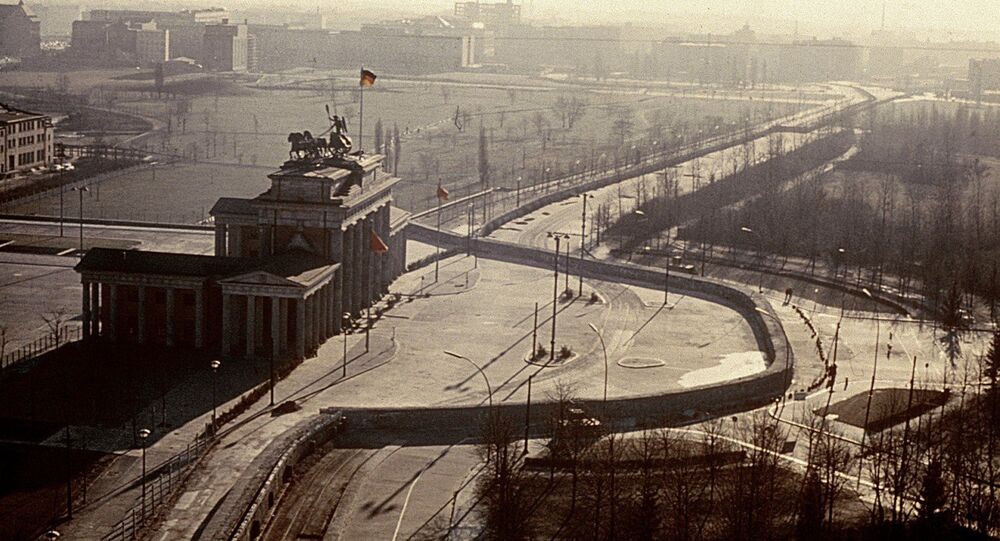 MOSCOW, November 13 (Sputnik) — A series of 21 declassified cables released by Poland’s Foreign Ministry on Wednesday reveal that Polish diplomats were hostile to the idea of a speedy unification of Germany, and upset by West Germany’s interference in the political processes taking place in East Germany 25 years ago.

The most interesting cable, sent to Poland’s new post-communist Foreign Minister Krzysztof Skubiszewski on November 28, 1989, noted that unification without the consideration of European security interests would lead to destabilization.

The cable notes that while “we support the GDR’s path toward democratic changes and economic reforms,” the “use of these changes for German unification without oversight by the four Great Powers, by neighboring countries and by all of Europe is not in the interests of Poland.”

The Great Powers being referred to were the United States, the Soviet Union, Great Britain and France, the four countries occupying Germany at the end of the Second World War.

“This would undermine the concept of a gradual movement toward European unity, would violate the existing balance of power, and could lead to a far-reaching destabilization,” the cable continues. “We do not question the right of every nation to self-determination. However, the union of the two German states would be beyond the scope of this right. The priorities of European safety must be taken into account, the rights of the four Great Powers and the interests of Germany’s neighbors. Changes in relations between the two German states cannot lead to a decision on the unity of Germany against the will of the four Great Powers and Germany’s neighbors and precede a pan-European agreement.”

The cable goes on to say that “Bonn…argues that the unification of Germany takes into account the interests of security in Europe, and those of Germany’s neighbors. However, it should be assumed that the FRG [West Germany] is taking full advantage of changes in the GDR [East Germany] to create the prerequisites for solving the German question by the Germans themselves…The tactic of forcing fundamental systemic changes in the GDR through the use of financial and economic instruments and the radicalization of public sentiment is obvious.”

Finally, the cable notes that “the pace of changes in the GDR paralyzes both East and West. Anxiety and fear reign over the possible consequences of the uncontrolled development of the situation in the center of Europe. The FRG’s allies have not developed a united position. Apparent contradictions exist even in the governments of some countries (the United Kingdom, the United States). The biggest concern comes from France. The effectiveness of France's strategy to integrate West Germany is now being questioned."

Officially, Poland’s newly elected post-communist government, led by Prime Minister Tadeusz Mazowiecki, spoke out in favor of German unification. Mazowiecki met with West German Chancellor Helmut Kohl on November 12, 1989. The meetings were characterized by another of the released cables as a “gesture of reconciliation,” and a “demonstration of the will of both parties to overcome their tragic past.”

Unofficially however, the cable from later in the month cited above showed the Polish Foreign Ministry was far more reticent on the prospects of the new Germany. The Ministry’s English-language press statement on the release of the documents did not mention that hesitation, focusing instead on the eventual warming of relations. The statement merely mentions that the documents, yet to be translated, are a “unique historical source” which were “drafted concurrently to what [was] happening, so they reflect the dynamics of the political situation.”

The cables have confirmed speculation that Poland feared the potential for the eastward revision of Germany’s boundaries following the country’s unification, with Kohl initially refusing to give Mazowiecki, or the rest of the world, any guarantees. West Germany’s constitution, the Basic Law, had an article which noted that “other parts of Germany” would be subject to Bonn’s laws “on their accession” to the country, which could be interpreted to mean not only the former territory of East Germany, but also German territories from the prewar era. Kohl only made formal promises to Poland in late 1990 not to revise the Oder-Neisse border; before that the German Chancellor played hardball with the Poles, demanding in March 1990 that the Poles waive any claim to war reparations, and actually countering with demands of his own for reparations to the Germans expelled from Poland after 1945.

Poland’s Response in Line With Those of Other European Countries

The recent revelations, embarrassing as they may seem, are in line with the positions of other European politicians at the time, including British Prime Minister Margaret Thatcher, French President Francois Mitterrand, and others. 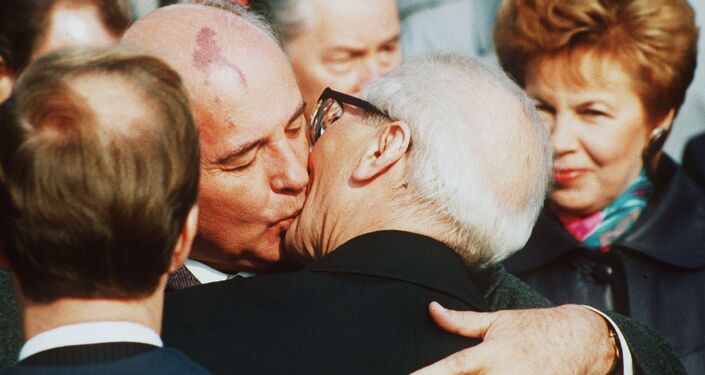 © AP Photo / Boris Yurchenko
The Fall of the Berlin Wall: End of Divide in Pictures

At a meeting of the heads of the European Community, the precursor to the European Union, in December 1989, Thatcher famously quipped in the presence of Kohl that “we beat the Germans twice, and now they’re back.” Thatcher also forced the British Ambassador in Bonn to tell the Germans that unification was “not currently on the agenda” following the fall of the Berlin Wall. Before that, she also told Mikhail Gorbachev that the UK and Western Europe as a whole does “not want a united Germany,” which might play a “destabilizing force in Europe.”

As late as February 1990, Thatcher voiced fears that Germany’s ambitions might “not be overcome by strengthening the [European Community].” Speaking to the French Ambassador in March, following Kohl’s refusal to formally agree to the Oder-Neisse border with Poland, the Iron Lady said that “France and Britain should pull together today in the face of the German threat,” adding that “Kohl is capable of anything,” and that “he doesn’t know himself anymore…[seeing] himself as the master and…starting to act like it.”

For his part, Mitterrand voiced his concern that the danger of Germany was that it was a country which “had never found its true frontiers.” The President also noted in a January 1990 meeting with Thatcher that he feared the return of “bad” Germans, and that a united Germany could “make even more ground [in Europe] than had Hitler.” Mitterrand also voiced his concern over Germany’s supposed desires to dominate Hungary, Poland and Czechoslovakia, leaving “only Romania and Bulgaria for the rest of us.”

Other world leaders voiced similar arguments, Italy’s Prime Minister at the time making the famous comment, which has also been attributed to Mitterrand at times, that “I love Germany so much that I want to see two of them.”

Berlin Wall Made Peaceful Reunification of Germany Possible: US Professor