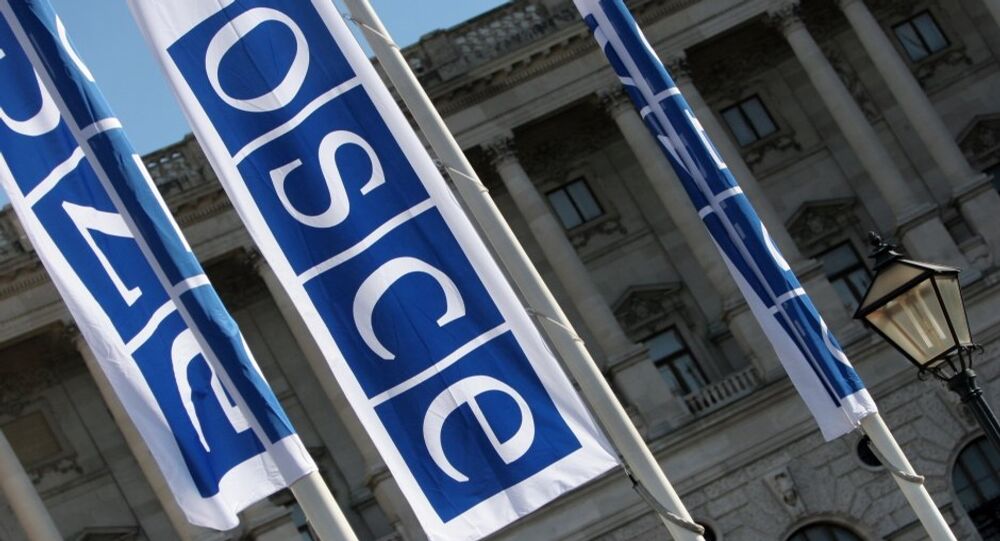 MOSCOW, November 13 (Sputnik) — Moscow doubts the impartiality of the Organization for Security and Co-operation in Europe's (OSCE) Special Monitoring Mission to Ukraine, which should "stop being a witness testifying on behalf of Kiev," Russian Foreign Ministry spokesman Alexander Lukashevich said Thursday.

"The observers are trying to distort the picture of events to Kiev's benefit, and this affects the required impartiality," Lukashevich told reporters in Moscow.

"Once again, we call on the observers to stop being a witness testifying on behalf of Kiev and start working impartially again in the interests of peace and security on the Ukrainian land," the official stressed.

The OSCE deployed the monitoring mission in Ukraine in March following a request by the Ukrainian government. The deployment was supported by all of the organization's 57 participating states.

The mission, headquartered in Kiev, consists of some 250 civilian monitors from more than 40 OSCE states, as well as local staff.

According to the OSCE, the mission aims to "contribute to reducing tensions and fostering peace" and "help all participating states take informed decisions" by providing reports on the security situation in the region.