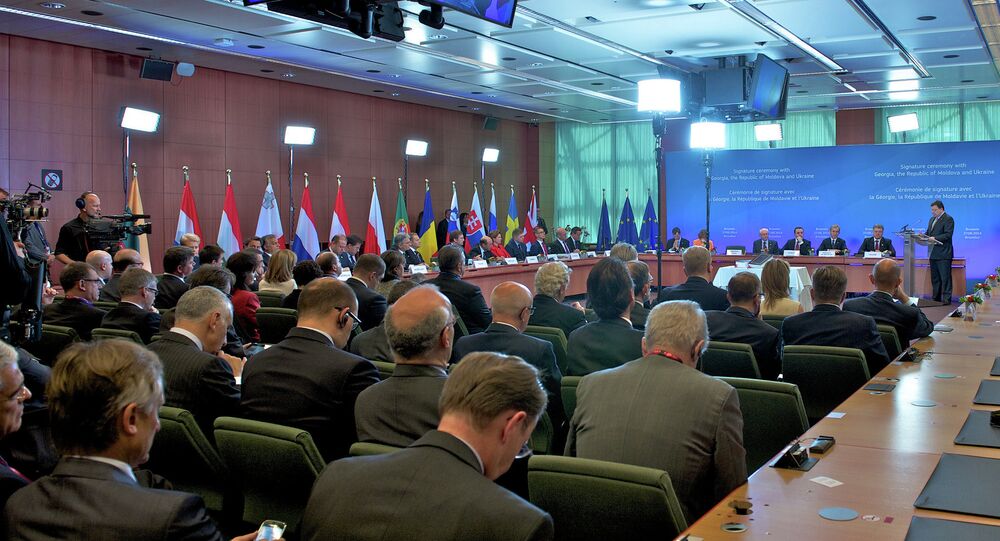 Majority of 529 members in the European Union’s parliament voted for Association Agreement with Moldova.

BRUSSELS, November 13 (Sputnik) – The European Parliament on Thursday voted in favor of ratifying the union's Association Agreement with Moldova.

The ratification was passed by an overwhelming majority of 529 of the parliament's 751 members.

The Moldovan Parliament ratified the treaty back in July, with 59 of its 101 members voting in favor of it. As a sign of protest against the agreement, the Party of Communists marched out of the parliament session.

On June 27, Moldova, along with Georgia, signed an agreement with the European Union in Brussels that would open a free trade zone with the 28-member bloc. Ukraine also signed the economic part of the agreement in the same ceremony.

Moldova's aspirations for closer ties with the European Union have been met with mixed feelings in the country. According to surveys, half of the population opposes European integration due to expectations of negative economic consequences from the deal.

Moldova also has a free trade agreement with Russia in the CIS framework. Russia has repeatedly expressed deep concern over the country's upcoming signing of the EU agreement, saying it would be forced to protect its market once it faces an uncontrolled flow of duty-free goods.