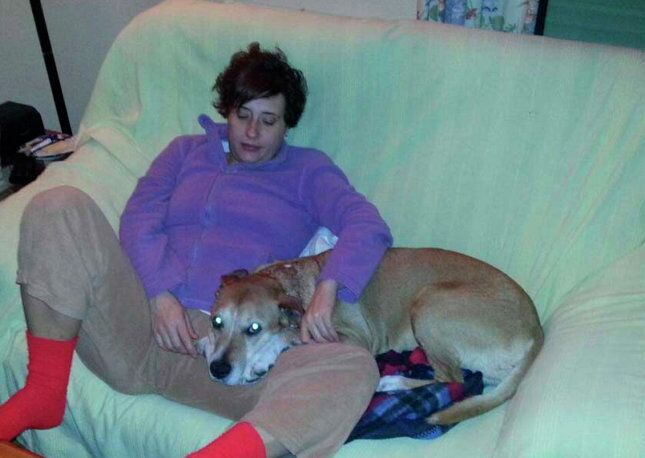 A high court in Spain reportedly could try Madrid Health Minister for killing of the dog of a Spanish nurse who contracted the Ebola virus after caring for a sick missionary.

MOSCOW, November 12 (RIA Novosti) — A high court in Spain has initiated inquest into the killing of Excalibur, the dog of a Spanish nurse who contracted the deadly Ebola virus after caring for a sick missionary, a local online newspaper Publico.es reported Wednesday.

"The Superior Court of Justice in Madrid (TSJM) has initiated proceedings against the health minister, Javier Rodriguez, over the sacrifice of Excalibur, the dog of Teresa Romero and Javier Limon," the paper said citing its legal sources.

The lawsuit was filed by the Animalist Party Against Animal Abuse (PACMA). A similar case was brought against the Madrid health minister by Spain's Association Against Animal Abuse, according to Publico.es. The activists claim that the decision to put the dog down was taken without testing it for Ebola.

On November 25, the court will say whether it will bring charges against Rodriguez. Spanish nurse Teresa Romero and her husband, Javier Limon, said the health authority gave them no chance to protest their decision. The couple demands 150,000 Euros (more than $186,000) in moral damages.

The dog was destroyed at Romero's home on October 8, two days after the nurse tested positive for Ebola. The transfer of the dog's body to a crematorium caused commotion as crowds of pet lovers gathered in the streets to protest the killing.

The Ebola virus is transmitted through direct contact with the bodily fluids of those infected. Apparently, animals can be infected with Ebola, and then, in turn, pass the virus to humans.