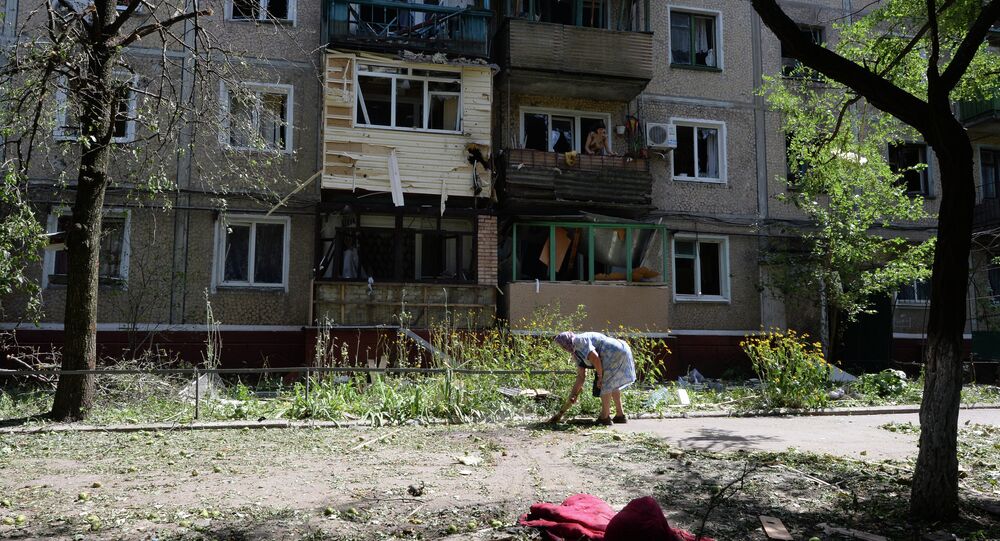 Ukrainian authorities stated that the UN Development Programme and Japan will embark on a project aimed at rebuilding damaged Donbas.

"The Japanese government and UNDP in Ukraine are launching a new project, aimed at the reconstruction of vital infrastructure for social help and services to the most vulnerable groups of the population in the post-conflict territories of eastern Ukraine. The project will be fulfilled in 12 months, its budget constitutes $5,782 million," the press-service of the Ministry of Regional development, Construction, Houses and Communal Services stated.

The project's main goal is to rebuild social service centers that cater for orphans, pregnant women, the elderly and those with disabilities. The project also aims to help local authorities improve social services and educate social workers.

It is also implied that schools would be supplied with equipment, furniture, and education packs. The project also looks to restore water and health facilities.

Donetsk has been suffering from heavy shelling by governmental forces since August 2014. Numerous civil facilities and infrastructure have been demolished and require a complete overhaul.

About 4,000 people have been killed and over 9,000 have been injured in the Ukrainian conflict as of October 31, according to the latest UN estimates.