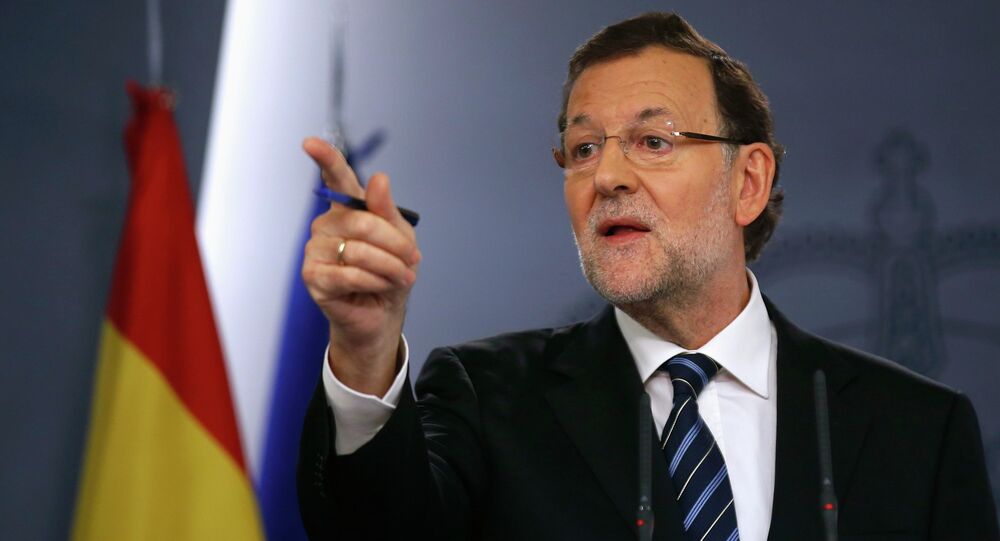 Spanish Prime Minister Mariano Rajoy said that he would oppose any constitutional reform that could finish with national sovereignty.

"I will oppose any constitutional reform that will finish with national sovereignty," Rajoy was quoted by Euronews as saying in a comment on Sunday's vote.

Last week, the wealthy northeastern region voted in an unofficial ballot on Catalonia's sovereignty. The Catalan government estimated that more than 2.3 million people out of 5.4 million eligible voters had cast their vote, with more than 80 percent saying "yes" to the region's full independence.

Catalonia's President Artur Mas has stressed that, despite being non-binding, the vote indicated that the region was ready for a legal referendum.

On November 9, Catalonia went ahead with the independence vote after opinion polls showed a vast majority of Catalans to be in favour of a plebiscite. In September, the Spanish government filed a complaint with the Constitutional Court of Spain asking it to reject the ballot, a plea that was upheld by the magistrates.

An invitation by the Spanish prime minister preceding the region’s independence vote stated that the central government is open to a national dialogue on the subject.