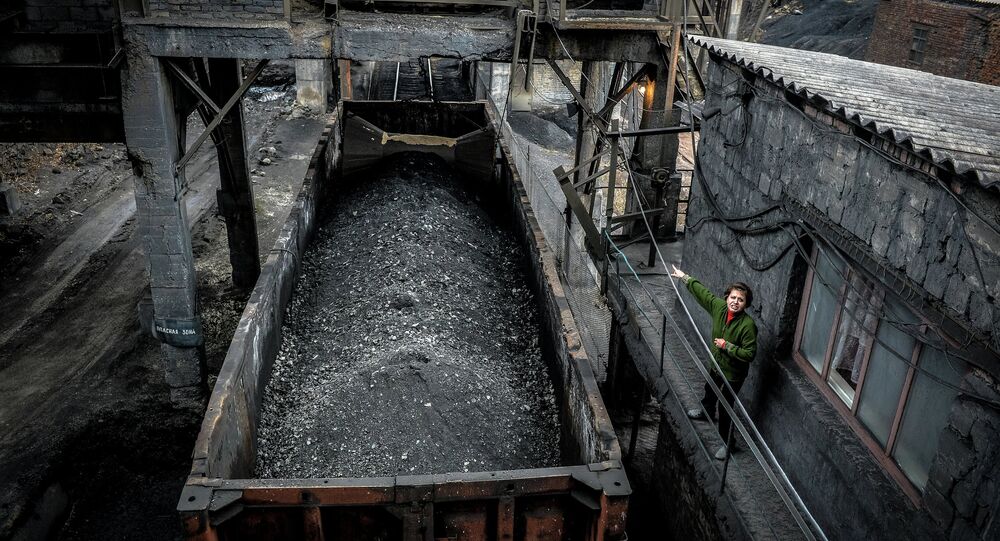 The Donetsk People’s Republic says it won’t supply coal to Ukraine until it stops the shelling of the republic.

MOSCOW, November 12 (RIA Novosti) – The administration of the self-proclaimed Donetsk People's Republic says it will not supply coal to Kiev until it stops its military operations in the republic, the Energy Minister of the republic told journalists on Wednesday.

“There is an ongoing war and we cannot supply coal to those who are shelling us,” said the minister.

Besides, he added, Kiev has blocked the accounts of the state mines within the republic and has not paid miners’ salaries since July.

“Let them unblock the accounts first and pay off all the debts and then we will start talking,” he added.

The republic’s mines extract about 500,000 tons of coal per month.  Some of this coal is then used within the republic, while the rest is stored in the mines.