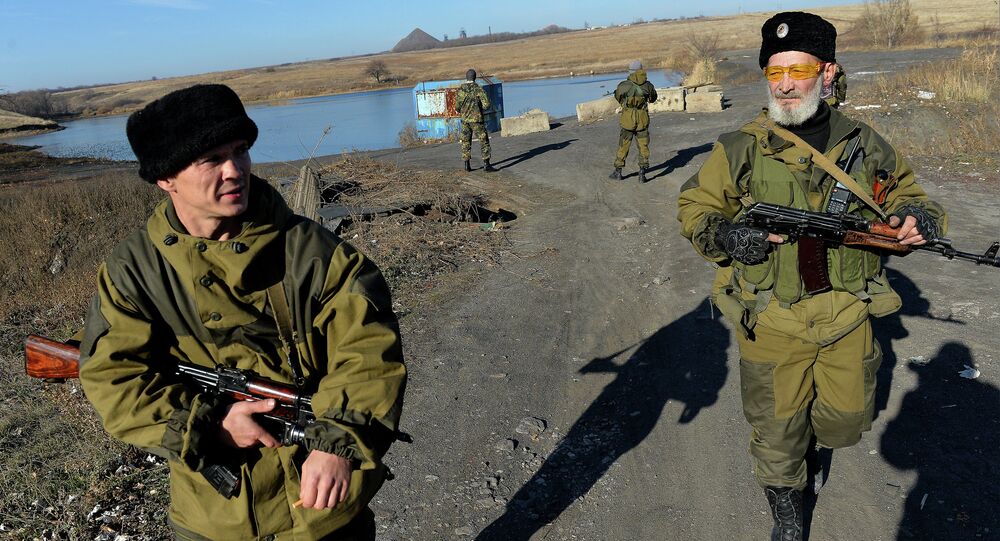 Deputy military commander of the self-proclaimed Donetsk People’s Republic stressed the fact that DPR does not plan to attack Kiev forces as long as they do not threaten the republic’s security.

“We have signed a memorandum that we plan to observe, whether we like it or not. And we will observe it as long as it does not threaten the republic’s security,” Eduard Basurin said.

The comment came after Ukrainian Defense Minister Stepan Poltorak earlier on Wednesday confirmed that Kiev was pulling its troops to the southeastern territories in the event of “unforeseeable actions”.

Poltorak did not elaborate, but said reinforcements were sent over the alleged increase in the presence of “armed groups” in the breakaway regions.

According to DPR forces, the Ukrainian government deployed tanks to the outskirts of Donetsk earlier in November. Ukrainian authorities, though, responded that pro-independence fighters had painted their military hardware in Ukrainian army colors in order to compromise Kiev.

Ukrainian government forces and independence supporters reached a ceasefire agreement on September 5 and signed a ceasefire memorandum later the same month. However, both parties have since repeatedly accused each other of violating the truce.