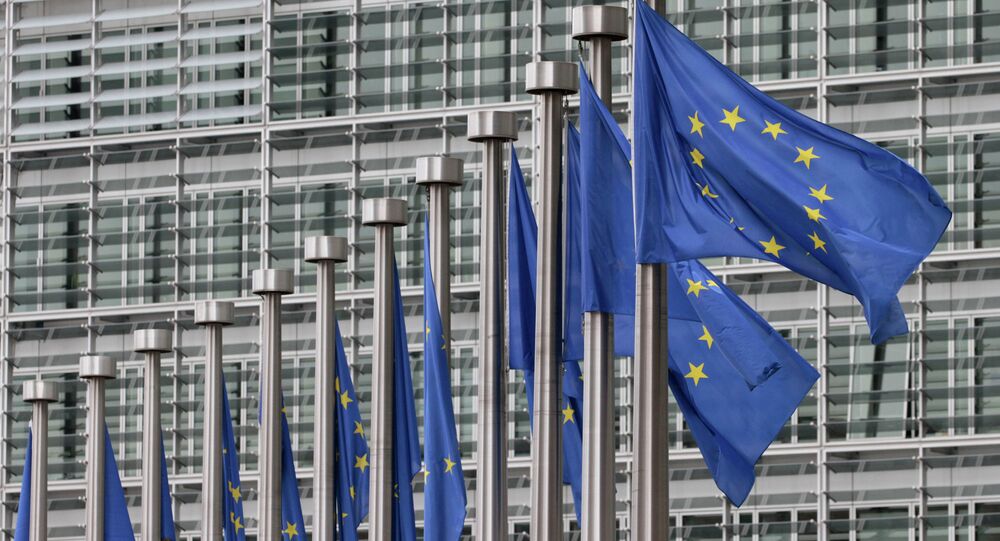 The European Commission (EC) transferred €260 million to Ukraine as part of the EU Macro-Financial Assistance (MFA) facility for the country, according to EC press release.

MOSCOW, November 12 (RIA Novosti) — The European Commission (EC) on behalf of the European Union has transferred €260 million ($324 million) to Ukraine as part of an agreed financial aid package to Ukraine, an EC press release published on Wednesday said.

"Today, the European Commission, on behalf of the EU, disbursed paid a loan of €260 million to Ukraine as part of the EU Macro-Financial Assistance (MFA) facility for the country," according to the EC statement.

On top of this loan, the EU has already transferred over €600 million ($822 million) to Ukraine this year under two ongoing EU MFA programs.

The EU has also sent €7.8 million ($9.7 million) in humanitarian aid to Ukraine.

As a result of the ongoing political crisis in the country, Ukraine is currently on the verge of a default. Kiev authorities are trying to rescue the country's economy with international loans.

Earlier this year, the European Union adopted two MFA programs of approximately €1.61 billion ($2 billion). The objective of such loans is to support Ukraine economically and financially, while encouraging structural reforms in the country.

Currently, the European Union is considering approval of a new financial aid program to Ukraine of €2 billion ($2.5 billion), which could potentially be used by Kiev to cover its massive debt to Russian energy giant Gazprom.