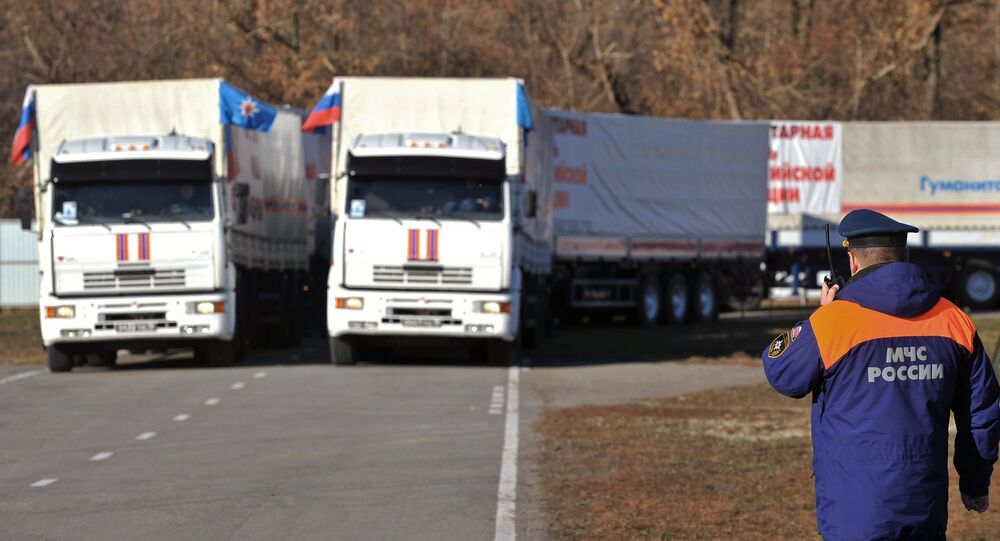 "The convoy will be formed in this [Rostov] region; once the required amount of cargo is collected, it will head to Donbas [Ukraine's southeastern regions]," Russian Deputy Emergencies Minister Vladimir Stepanov said.

According to Stepanov, the humanitarian cargo, to be delivered to Donetsk and Luhansk, will be collected from across Russia, with 10 trucks having already departed for Russia's Rostov region.

Earlier, Russian Emergencies Minister Vladimir Puchkov said that Russian humanitarian aid deliveries to Donbas are carried out in coordination with the Ukrainian side and the Red Cross.

Since August, Russia has been delivering food, clothing, fuel and other aid to eastern Ukraine, which has been suffering from a humanitarian crisis after Kiev launched a military operation against independence supporters in the region in mid-April.

According to the Ministry for Emergency Situations, six Russian convoys have delivered a total of over 8 thousand metric tons of humanitarian cargo to Donbas between August 23 and November 4.

Ukraine Unaware of Contents of Another Russian Humanitarian Convoy