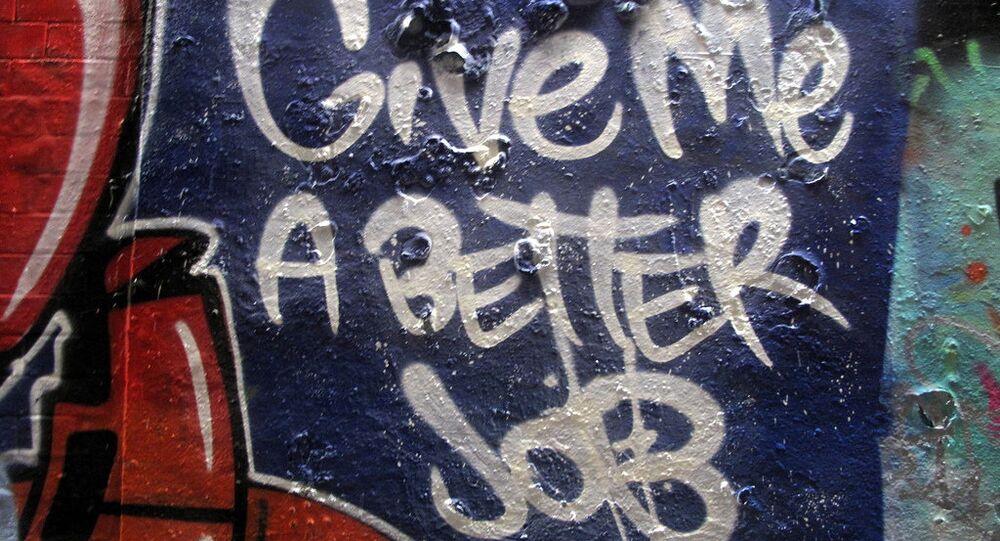 New figures from the Trades Union Congress paint an alarming picture about the state of the UK job market in 2014. The TUC say that only one in forty of the jobs created since 2008 is a full-time position.

The total increase in jobs between 2008 and 2014 has been around 1 million. However, self-employed workers account for around a third of that number, while full-time paid employee posts have increased by only 26,000.

The evidence shows that many people have been pushed into self-employment since the recession.

Ben Southwood, Head of Policy at the Adam Smith Institute, disagrees: "The TUC presentation of figures is pretty misleading. A huge number of jobs have been created in the slowest recovery on record."

The news comes as Sir Charles Mayfield, chairman of John Lewis, one of Britain's largest department store chains, admitted "Possibly the career ladder may just become a little bit harder to climb", and said Britain's productivity was lagging behind competitors such as Germany and the USA by as much as 30 per cent.

He said that a fifth of British jobs only require the educational level of an 11 year old.

John Lewis is distinguished from many other companies by the fact that its shareholders are employees; a system Sir Mayfield says would help create jobs.

"Productivity is basically the entire explanation for falling wages. I do wonder why apprenticeships are all but non-existent in the UK," say Ben Southwood.

With the number of apprenticeships low in the face of demand, unpaid internships can look appealing.

Educational charity the Sutton Trust says those starting out in the world of work and wishing to break into the capital's competitive job market would need to fork out at least £5,556, or £926 a month, to take on a 6-month unpaid internship.

Around 21,000 people, or a third of graduate interns, are unpaid, and the Trust found that around 70% of people agreed that unpaid internships were unfair as only those from wealthy families would be likely to be able to afford them.

Dr Lee Elliot Major, Director of Development and Policy at the Sutton Trust, said: "Paying all interns who work for over a month the minimum wage would significantly improve access to these placements for those from more modest backgrounds."

But some say interns should accept that their first foray into the world of world will be unpaid, regardless of their background.

"The young now don't want to do what young people have been doing for decades — hustle, agitate, self-promote, struggle for position and prestige", says Brendan O'Neill, editor of the online magazine ‘Spiked'. "Internships are often more work for employers than they are for interns. To ask for payment for such an opportunity speaks to the self-centredness of many young people in the 21st century and it is grotesque that middle-class campaigners use the poor as a Trojan Horse".

Zero-hour contracts have also become the norm in many of Britain's larger companies, some of which have 90% or more of their staff on this type of contract, which promises the employee work only on an ad-hoc basis.

But for those compelled into unpaid internships, low-paid part time jobs or self-employment, the fight may begin closer to home.