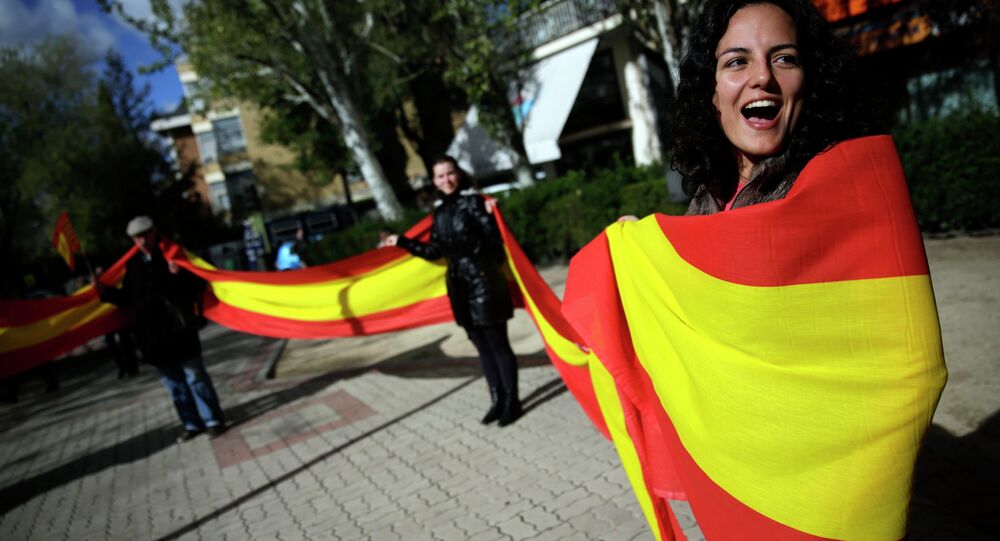 "Not this government, not the party [People's Party], will accept Catalonia separating," Santamaria said while speaking at the cabinet control session at the senate. She added that the government will not hold any negotiations in relation to an actual referendum on Catalonia's independence.

"Two of every three Catalans… ignored the polls," she said.

Santamaria was speaking in response to a statement by a Catalan senator, Jose Luis Seriyes, who at the session, accused Spain's government of "disrespect and intolerance" to Catalans, adding that the voting was done democratically.

"We [Catalans] did this despite Spain's threats, intended to plant fear and confusion," Seriyes said. He also criticized the Spanish government of acting to restrain Catalans.

According to the Catalan regional government, more than 2.3 million people out of 5.4 million eligible voters cast their vote on November 9 in the unofficial independence poll. Over 80 percent of the voters, making up 1.86 million people, said "yes" to the region's full independence.

The Spanish government dismissed the vote as unconstitutional and filed complaints with the Constitutional Court.