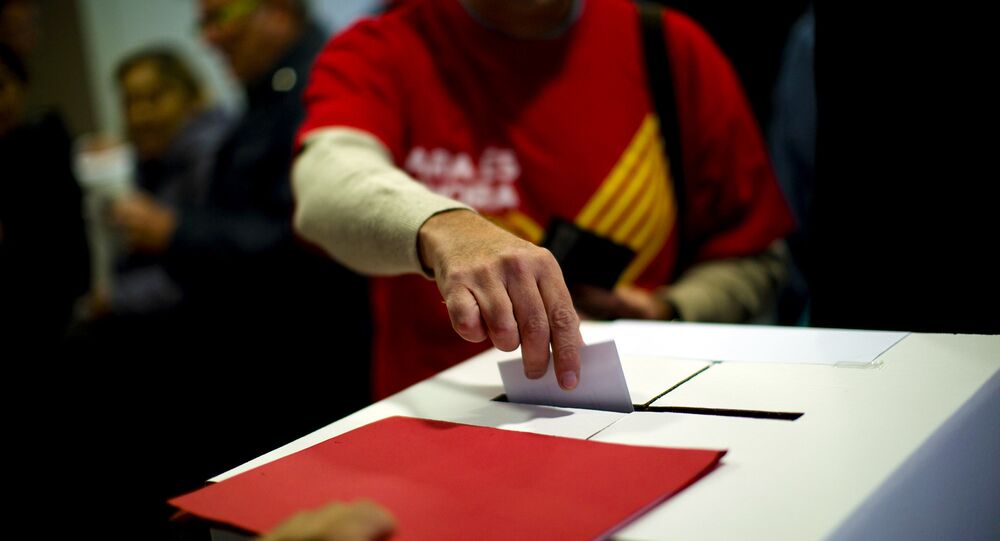 Catalonia's independence poll was a publicity stunt by Catalan President Mas who simply wants to regain votes ahead of the May election, according to a Catalan Civil Society party member.

"It was also a publicity stunt of Artur Mas, who has now regained political protagonism and can look easier towards the local elections next May, in which a few weeks ago he was still expected to come out as the loser. This might now be changing. He still doesn't look like the winner at all, but he has a chance to regain some ground against rival nationalist Esquerra Republicana party," said Beltran who is also professor of Public International Law at the Autonomous University of Barcelona.

She went on to say that unilateral independence would have a negative impact on the region, leaving Catalonia outside of the European Union, and expressed skepticism about the region actually separating from Spain.

"A unilateral independence would be damaging on the regional, nation and european level. First of all, it would leave Catalonia outside of the EU. But this is not a likely scenario anymore. With less than 30% of support, independence will not happen," Beltran told RIA Novosti.

She added that the influence of the central government in Madrid was relative and that the Catalan regional government should stop the policy of unilateralism and ultimatums and engage in dialogue with the Spanish authorities.

According to the Catalan regional government, more than 2.3 million people out of 5.4 million eligible voters cast their vote on November 9 in the unofficial independence poll. Over 80 percent of the voters, making up 1.86 million people, said "yes" to the region's full independence.

The Spanish government dismissed the vote as unconstitutional and filed complaints with the Constitutional Court.