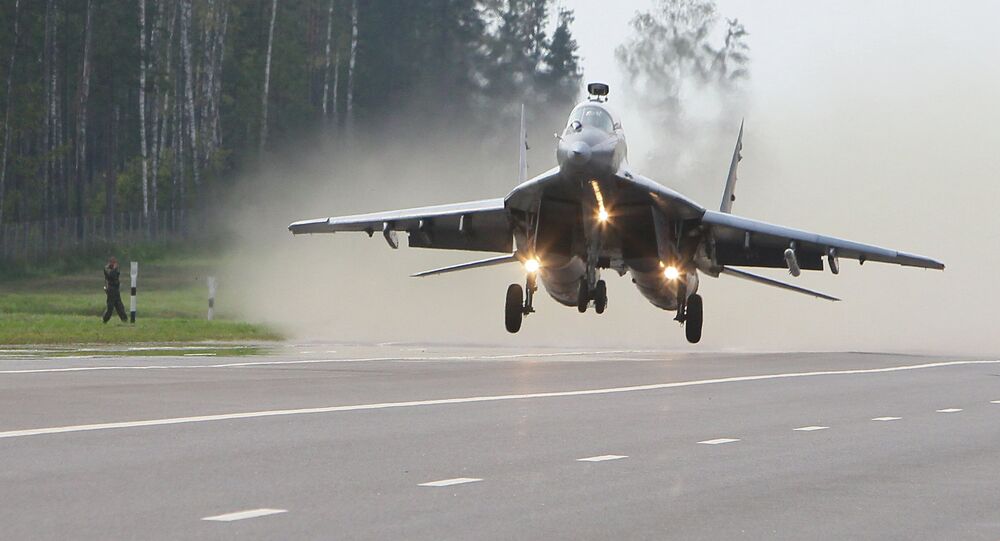 MiG-29 multirole fighter jet crashed near the city of Brest on the border with Poland.

"The first deputy chairman of the Investigative Committee Alexei Volkov has already departed there [to the crash site]," the representative said.

The pilot was safely ejected and no casualties were reported, the Defense Ministry said in a statement.

The country's Investigative Committee said the accident took place near the city of Brest located close to the Polish border.

The Mikoyan Mig-29, NATO reporting name Fulcrum, fourth-generation fighter jet took off for its maiden flight in 1977. There have been more than 1,600 MiG-29s built, with Belarus operating 41 of them as of January.