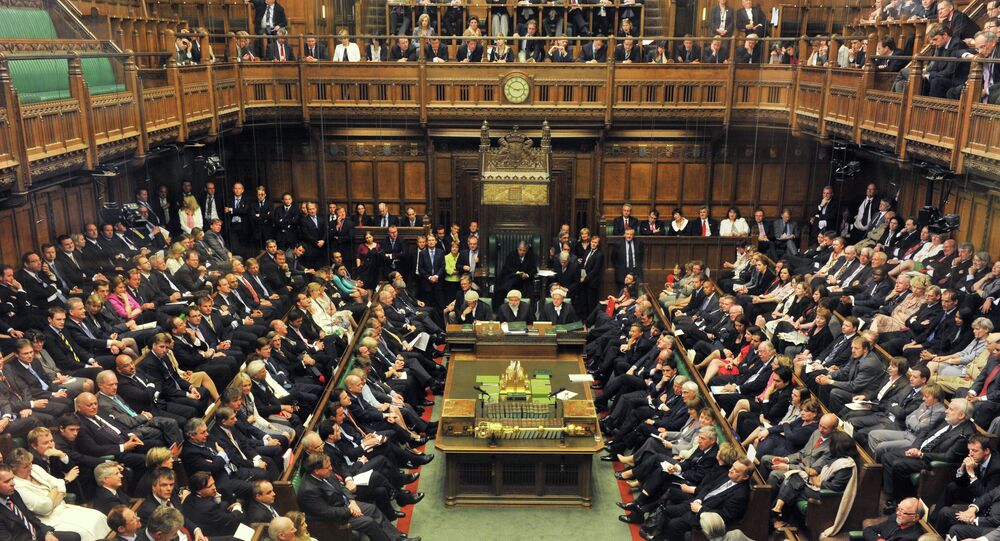 David Cameron, Theresa May under Fire in Arrest Warrant Row in Commons

British Prime Minister David Cameron and Home Secretary Theresa May are facing fierce criticism from Conservative backbenchers after reneging on a promise to give MPs a vote on whether to re-join the European arrest warrant.

There was widespread anger in the House of Commons last night as MPs had believed they were going to vote on whether to approve a package of 35 EU justice and home affairs measures.

However, when the Commons order paper was published, only 11 of the 35 measures were on the list, with the controversial arrest warrant — which allows the arrest of criminal suspects in other EU member states — left off.

Government ministers were accused of misleading the Commons by some Tory backbenchers, who are against alignment with the EU arrest warrant measure, arguing that it will be used to extradite Britons abroad for minor offences.

Speaker John Bercow suggested that the government had tried to avoid a vote on the matter, for fear of a rebellion from backbenchers unhappy with the arrest warrant measures.

Amid the confusion, Labour called for a vote on whether the entire debate should be scrapped, which forced a number of senior Tories, including David Cameron, to rush back to the Commons to ensure the government wasn't defeated.

Although the justice measures are supported by Labour, the officials have criticised the way in which the government handled last night's situation.

Meanwhile, it's thought Labour will use an opposition day in the Commons next week to give MPs a chance to vote on the warrant.

The UK voted last year to opt out of 133 EU police and criminal justice measures, but ministers had planned to re-sign on 35 of those before December 1, when they take effect.